• For atheists, the universe and all that it contains is the product of mere chance, shaped by mindless, undirected processes of nature without plan, purpose, or meaning; and, ultimately, it does not point to the hand of a Creator.

• The laws of physics, not the will of God, provide atheists with the real explanation as to how life on earth came into being. The Big Bang was the inevitable consequence of these laws, unaided by any external agency. Such reliance on physical laws unavoidably ascribe to them creative power, when actually, physical laws do not cause anything to happen. They are descriptive, not creative. Like all laws, they must have a lawmaker.

• A scientific law, according to its definition, is unbreakable (i.e., without exceptions) or else it would not be a law. Yet, from the atheist view, right at its birth the universe broke a basic physical law: SOMETHING CANNOT COME OUT OF NOTHING, and life popped into existence, spontaneously, from nothing.

• Then the universe broke the well-established law of biogenesis: LIFE COMES ONLY FROM LIFE AND REPRODUCES AFTER ITS OWN KIND, which totally rules out spontaneous generation of life from non-living matter. Yet, since atheists operate on the assumption that there is no God, they believe, as evolution teaches, that non-living chemicals spontaneously evolved, over billions of years, into living cells.

1. Evolutionists maintain that life began when lightning and heat discharged into a primordial soup of chemicals, randomly transforming simple organic molecules into larger, more complex biological molecules and eventually into primitive cells. Cells then formed themselves into organisms, and organisms into complex, sentient beings. Over billions of years, they branched out into all current life forms, including human beings.

2. Before even the simplest of living cells can form, the organic compounds that make up a cell and carry out life processes must exist. Living organisms are primarily composed of 21 elements of varying percentages. Spontaneous chemical evolution of the one-celled organism means that 21 naturally occurring, scattered elements would have had to gather and interact at the appropriate time and place in a specific, precise sequence to form precise amounts of carbohydrates, lipids, proteins, and nucleic acids (DNA and RNA) — the four basic categories of molecules that make up the building blocks of life.

3. All information necessary to build and maintain a single cell, or a multicellular organism, is contained in its DNA molecules. Within its double helix structure, DNA carries an enormous set of genetic instructions for the formation and function of all living organisms. The very simplest life form has about 500,000 base pairs (letters) of coded information within its DNA, while a human genome has about 3,000,000,000 base pairs of DNA inside each body cell. If they were printed as letters in a book, they would fill more than 500,000 pages. That is about 1,000 thick books. DNA molecules can store information many millions of times more densely than existing technology for digital storage. One single gram of DNA could be enough to hold a trillion gigabytes of data for 2000 years.

4. To explain how life began, the origin of the information necessary to build the first cell must first be known. Science asserts that information is a non-material entity and cannot be created by matter. Information can only originate from an intelligent source through a process of conscious creative thought and not by chance, chaos, and mindless accidents. There is no room for gradual development in the structure of DNA [the DNA is highly complicated, organized, and accurate and must have been complete, perfect, and fully functioning from the very first instant of its existence, without involving a step-by-step formation or slow evolution over time].

5. Back in the time of Darwin, genes were not yet discovered. And so far, no theory has explained the origin of the first life — it takes DNA to make proteins, and it takes protein to make DNA. Obviously, neither could have arisen spontaneously by chance chemistry. So how did the whole thing get started? 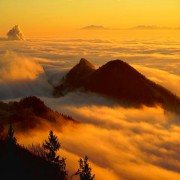 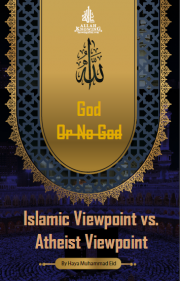 God Or No God: Islamic Viewpoint vs. Atheist Viewpoint 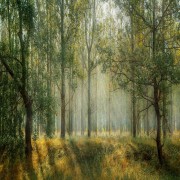 Life Without God: The Implications of Atheism (part 1 of 5)