What does Islam mean?

The word Islam has two meanings: A : General meaning . B : Specific meaning . Its general meaning is sincerity, submission, obedience, surrender to Allah and following Him. Allah has described His Messengers and the best of His other people as incorporating these characters. Allah says (Interpretation of meaning):

(Ibrahim (Ibraham) was neither a Jew nor a Christian, but he was a true Muslim Hanifa (Islamic Monotheism to worship none but Allah alone)

Allah also says about the Prophet Yousuf (Blessings and peace of Allah be upon him) :

(Cause me to die as a Muslim (the one submitting to Your Will), and join me with the righteous)

Ibrahim and Ya'qub (Blessings and peace of Allah be upon them) ordered their sons to abide by this Islam. Allah Says (Interpretation of meaning):

(And this (submission to Allah - Islam) was enjoined by Ibrahim upon his sons and by Ya'qub, (saying), "O my sons! Allah has chosen for you the (true) religion, then die not except in the faith of Islam)

Allah narrates about al-Hawariyeen (the disciples) that they said:

(And when I (Allah) put in the hearts of al-Hawareen to believe in Me and My Messenger, they said: "We believe. And bear witness that we are Muslims)

"al-Islam implies that you testify that there is no God but Allah, and that Muhammad is the Messenger of Allah, and you establish prayer, pay Zakah, observe the Fast of Ramadan, and perform pilgrimage to the House if you are solvent enough (to bear the expenses of the journey)"

(And whoever seeks a religion other than Islam, it will never be accepted of him, and in the Hereafter he will be one of the loser).

And the Prophet Muhammad (Blessings and peace of Allah be upon him) said: "By Him in whose hand is the life of Muhammad, he who amongst the community of Jews or Christians hears about me, but does not affirm his belief in that with which I have been sent and dies in this state (of disbelief), he shall be one of the denizens of Hell Fire".

Why is this religion called Islam? For all the religions on earth are called by various names, either the name of a specific man or a specific nation. So Christianity takes its name from Christ; Buddhism takes its name from its founder, the Buddha; the Zoroastrians became well known by this name because their founder and standard-bearer was Zoroaster. Similarly, Judaism took its name from a tribe known as Yehudah (Judah), so it became known as Judaism. And so on. Except for Islam, for it is not attributed to any specific man or to any specific nation, rather its name refers to the meaning of the word Islam. What this name indicates is that the establishment and founding of this religion was not the work of one particular man and that it is not only for one particular nation to the exclusion of all others. Rather its aim is give the attribute implied by the word Islam to all the peoples of the earth. So everyone who acquires this attribute, whether he is from the past or the present, is a Muslim, and everyone who acquires this attribute in the future will also be a Muslim. 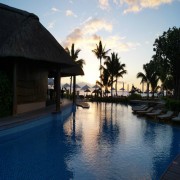 To be alone with God in prayer is the best remedy 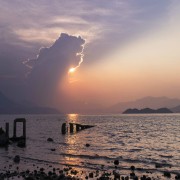