What Everyone Must Know About Islam and Muslims

The message of Islam is simple: to believe in and to worship the One True God alone, and to accept the Prophet Muhammad  as His final messenger.

Misconception: Islam is a new faith that began in Arabia in the seventh century.

FACT: Islam is not a new teaching. God revealed the same truth through His prophets such as Abraham, Moses, and Jesus to every nation.

‘Islam’ in the time of Moses was to believe and worship God alone and to follow the true teachings of the Prophet Moses.

‘Islam’ in the time of Jesus was to believe and worship God alone and to follow the true teachings of Jesus.

‘Islam’ after the coming of the Prophet Muhammad is to believe and worship the same God, but to follow the true teachings of the last and final prophet, Muhammad, peace be on them all.

FACT: A unique feature of Islam is that unlike many other religions, it is not named after a person, place, or tribe.

We believe in God, And what has been sent down to us, What has been revealed to Abraham and Ishmael And Isaac and Jacob and their offspring, And what was given to Moses and to Jesus And all other prophets by the Lord. We make no distinction among them.’

Misconception: Most Muslims are Arabs.

FACT: Less than 15% of Muslims live in the Arab world and a fifth are in Sub-Saharan Africa. The world's largest Muslim country is Indonesia. Significant Muslim minorities live in China, India, Russia, Europe, the United States, Canada, and South America.

FACT: There are more Arab Christians in the United States than Arab Muslims.

Muslims come from diverse races, nationalities, and cultures from across the globe. They speak different languages, eat different foods, wear different styles of clothes, and follow different customs. Even the way they practice Islam may differ.

Misconception: Islam is a violent religion that teaches hatred and fanaticism. Muslims are violent, terrorist extremists.

FACT: The very word "Islam" is closely related to salaam, the Arabic word for “peace.” The universal Muslim greeting is as-salaamu 'alaikum – “peace be on you!” Of the 1.6 billion Muslims in the world, only a small minority engages in violence, utterly contrary to the teachings of the faith.

FACT: Islam elevates the status of women in society and advocates for their rights. Men and women serve different, but complementary and equally important, roles in the society and within the family. They are in a mutual relationship; both have corresponding rights and obligations and are equal in the sight of God.

Essential Beliefs and Practices of Islam

Muslims share a common set of essential beliefs that are often described as “Articles of Faith”; they believe in:

Muslims believe that Muhammad is the final prophet in the long line of prophets sent by God to call all human beings to worship Him. Muhammad  was an orphan and cared for the weak and the oppressed. He led a righteous life, acknowledged even by his foes. Due to his compassion and kindness, even many of his worst enemies eventually accepted him as a true prophet of God. Muslims love and admire Muhammad , but they do not worship him. They try to emulate him in their lives as much as possible.

Islam teaches that a prophet was sent by God to every nation to deliver the same message: worship God alone and do not associate any partner with Him. Jesus was one of these prophets. Born without a father, he performed many miracles by God’s permission. His true message of worshipping God alone was changed over time until he himself became an object of worship.

Benefits of Islam to an Individual

1. A person fulfills his purpose of creation—serving and worshipping God by following Islam

3. Islam saves a person from the fire of Hell

4. Islam is a source of inner peace and contentment in life

5. By entering into Islam, all previous sins of a person are forgiven

FACT: Muslims run more than 35 free clinics providing free medical services to the poor and the needy regardless of belief in the United States alone.

FACT: One becomes a Muslim by believing and saying that, "No one deserves worship except God, and that Muhammad is the messenger of God." 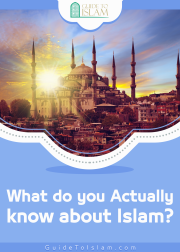 What do you Actually know about Islam?

What do you actually know about Islam? 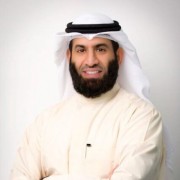