What Is The Islam?

Islam means ''surrender and submission of one's will to the will of Almighty God" in sincere obedience and peace.

It is the last religion and the final message sent by God to all of mankind in order to guide them to the right path: to worship and resort to Him Alone, without ascribing to Him any partners or taking any intercessors to communicate with Him.

God conveyed His religion of Islam by sending down His revealed scripture, the Qur'an, to His beloved and last chosen Prophet, Muhammad, through the angel Gabriel. Muhammad taught and exemplified Islam to his followers through the teaching of the Qur'an and through his actions, sayings and noble moral conduct. The great English playwright, Sir George Bernard Shaw, wrote: I have always held the religion of Muhammad in high estimation because of its wonderful vitality. It is the only religion which appears to me to possess that assimilating capacity to the changing phase of existence which can make it self appeal to every age.

The Core of Islam - Part Two 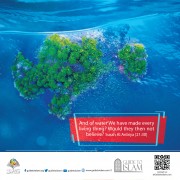 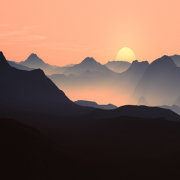 Is Islam a Religion of Peace?