The Quran is the final revelation of Allah to all of mankind, which was spoken by Allah the Exalted Himself and conveyed through the Arch-Angel Gabriel in Arabic to the Prophet Muhammad, in sound, word and meaning.

The Quran, (sometimes incorrectly spelled Koran), was then relayed to the Prophet's companions, and they diligently memorized it verbatim and meticulously complied it into written form.  The Holy Quran has been continually recited by the companions of the Prophet and their successors until the present day.  In short, the Quran is the revealed book of Divine scripture from Allah to all humanity for their guidance and salvation.

In contrast to many other religious books, the Quran was always believed to be the exact Word of Allah.  The Quran was recited publicly in front of both the Muslim and non-Muslim communities during the life of the Prophet Muhammad, and thereafter.  The entire Quran was also completely written down in the lifetime of the Prophet, and numerous companions of the Prophet memorized the entire Quran word-for-word as it was revealed.  The Quran was always in the hands of the common believers: it was always thought to be God's word; and, due to wide-spread memorization, it was perfectly preserved.  Never was any part of it altered or decreed by any religious council.  The teachings of the Quran comprise a universal scripture addressed to all of mankind and not to any particular tribe or ‘chosen people’.

The message that it brings is nothing new but the same message of all of the prophets: 'submit to Allah the One God and worship Him alone and follow Allah's Messengers for success in this life and salvation in the hereafter'. As such, Allah's revelation in the Quran focuses on teaching human beings the importance of believing in the Oneness of Allah, and framing their lives around the guidance which He has sent, which is articulated in the Islamic Law.  The Quran contains the stories of the previous prophets, such as Noah, Abraham, Moses and Jesus, peace be upon all of them, as well as commands and prohibitions from God.  In our modern times, in which so many people are caught up in doubt, spiritual despair and social and political alienation, the Quranic teachings offer solutions to the emptiness of our lives and the turmoil that is gripping the world today. 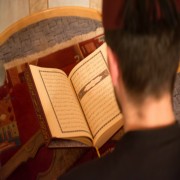 How can we be sure that the Quran is authentic? 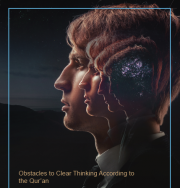 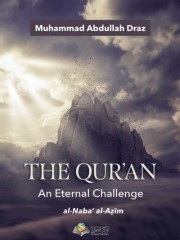 The Qur’an An Eternal Challenge