What is the Sunnah? (part 2 of 2): The Sunnah in Islamic Law

The Difference between the Sunnah and the Quran

The Quran is the foundation of Islamic Law.  It is the miraculous speech of God that was revealed to the Messenger, may the mercy and blessings of God be upon him, by way of the angel Gabriel.  It has been transmitted to us with so many chains of authority that its historical authenticity is unquestionable.  It is written down in its own volume, and its recitation is a form of worship.

As for the Sunnah, it is everything besides the Quran that came from God’s Messenger.  It explains and provides details for the laws found in the Quran.  It also provides examples of the practical application of these laws.  It is also either direct revelation from God, or decisions of the Messenger that were then confirmed by revelation.  Therefore, the source of all the Sunnah is revelation.

The Position of the Sunnah in Islamic Law

During the Messenger’s lifetime the Quran and Sunnah were the only sources of Islamic Law.

The Quran provides the general injunctions that formed the basis of the Law, without going into all the details and secondary legislation, with the exception of a few injunctions that are established along with the general principles.  These injunctions are not subject to change over time or with the changing circumstances of the people.  The Quran, likewise, comes with the tenets of belief, sets down acts of worship, mentions the stories of the nations of old, and provides moral guidelines.

The Sunnah comes in agreement with the Quran.  It explains the meanings of what is unclear in the text, provides details for what is depicted in general terms, specifies what is general, and explains its injunctions and objectives.  The Sunnah also comes with injunctions that are not provided by the Quran, but these are always in harmony with its principles, and they always advance the objectives that are outlined in the Quran.

The Sunnah is a practical expression of what is in the Quran.  This expression takes many forms.  Sometimes, it comes as an action performed by the Messenger.  At other times, it is a statement that he made in response to something.  Sometimes, it takes the form of a statement or action of one of the Companions that he neither prevented nor objected to.  On the contrary, he remained silent about it or expressed his approval for it.

The Sunnah explains and clarifies the Quran in many ways.  It explains how to perform the acts of worship and carry out the laws that are mentioned in the Quran.  God commands the believers to pray without mentioning the times that the prayers had to be performed or the manner of performing them.  The Messenger clarified this through his own prayers and by teaching the Muslims how to pray.  He said: “Pray as you have seen me praying.”

God makes the Hajj pilgrimage obligatory without explaining its rites.

God’s Messenger explains this by saying

Take the rites of Hajj from me

God makes the Zakah tax obligatory without mentioning what types of wealth and produce it is to be levied against. God also does not mention the minimum amount of wealth that makes the tax obligatory.  The Sunnah, though, makes all this clear.

The Sunnah specifies general statements found in the Quran.

God commands you regarding your children: to the male, a portion equal to that of two females

This wording is general, applying to every family and making every child an inheritor of his or her parents.  The Sunnah makes this ruling more specific by excluding the children of Prophets.

The Sunnah qualifies unqualified statements in the Quran.

and you find no water, then perform tayammum (dry ablution) with clean earth and rub therewith your faces and hands

The verse does not mention the extent of the hand, leaving the question of whether one should rub the hands up to the wrist or the forearm.  The Sunnah makes this clear by showing that it is to the wrist, because this is what God’s Messenger did when he performed dry ablution.

The Sunnah also comes emphasizing what is in the Quran or providing secondary legislation for a law stated therein.  This includes all the hadeeth that indicate that Prayer, the Zakah tax, fasting, and the Hajj pilgrimage are obligatory.

An example of where the Sunnah provides subsidiary legislation for an injunction found in the Quran is the ruling found in the Sunnah that it is forbidden to sell fruit before it begins to ripen.

The basis for this law is the statement of the Quran

Do not consume your property amongst you unjustly, except it be a trade among you by mutual consent

The Sunnah contains rulings that are not mentioned in the Quran and that do not come as clarifications for something mentioned in the Quran.  An example of this is the prohibition of eating donkey flesh and the flesh of predatory beasts.  Another example of this is the prohibition of marrying a woman and her aunt at the same time.  These and other rulings provided by the Sunnah must be adhered to.

The Obligation of Adhering to the Sunnah

A requirement of believing in prophethood is to accept as true everything that God’s Messenger said.  God chose His Messengers from among His worshippers to convey His Law to humanity.

God knows best with whom to place His Message

God has safeguarded him from showing approval for anything contrary to Islamic Law.  He is the most beautifully complete of God’s Creations.

This is clear from how God describes him in the Quran

By the star when it sets.  Your companion has neither gone astray nor has he erred.  Nor does he speak of his own desire.  It is only revelation that has been revealed

Abdullah b. Amr stopped writing and mentioned this to God’s Messenger who told him:

Write, for by Him in Whose hand is my soul, only truth comes forth from this.and pointed to his mouth.

The Quran, the Sunnah, and the consensus of the jurists all point to the fact that obeying God’s Messenger is obligatory.

O you who believe, obey God and obey His Messenger and those in authority among you.  If you fall into dispute about a matter, refer it back to God and His Messenger if you believe in God and the Last Day 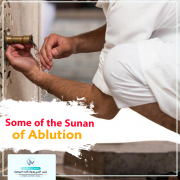 Some of the Sunan of Ablution 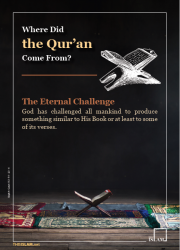 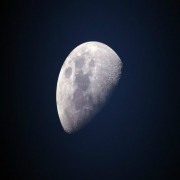 Is Quran a Miracle?