Humanity is like a small child. Its awareness increases little by little, and it grows and matures. The child later studied computer programming and became a genius in this field, then he stood in front of the mirror and shouted “My God! I can now design a small program worth millions of dollars. How can it be that my teacher at school had anything to do with this? All he taught me was how to add and subtract.”

What a silly young man he is.

26,355 is approximately the number of universities around the world today, but the first university ever was Al Quaraouiyine University. It was established by a Muslim woman, Fatima al-Fihri and was the first educational establishment in the world to create specialized academic chairs and positions of academic attainment.

It is not surprising at all that before the idea of the creation of universities humanity only progressed at a snail’s pace in transferring knowledge from one generation to another. Imagine how we would have progressed if there were no universities until today. What would the world look like?

But many people know this…

They know that the first medical operation, the first Caesarean section and the first use of medical forceps was carried out by Al-Zahrawi .

Many people know that the first person who described how the human eye worked and laid the foundations for the camera was Ibn Al-Haytham. He was the first person to say the word qamarah which later developed to become “camera”.

Abbas ibn Firnas was brave enough to fly 1000 years before the Wright brothers.

Al-Jazri laid the mechanical foundations for motors and invented the time telling machine. And most people know that the founder of algebra and the algorithm was Al-Khawarizmi.

Islamic civilization is a central and important component of human material civilization but we as Muslims say that this civilization is not the source of our pride but that Islam itself is the source of our pride. It is the final message of God to the people of the world and it liberated human minds from the confusions of paganism and freed souls from the worship of human beings, lusts and desires. It cultivated and edified morality and it is the religion without which human beings cannot be saved either in this life or the next.

It is possible for human beings to split the atom, but without religion to hold them back from oppression and criminality, the result will be Hiroshima and Nagasaki.

It’s also possible for them to discover a new land but without religion to govern their ways and restrain their actions, the result will be the savage annihilation of its inhabitants.

The happiness of human beings does not depend on their talents and dexterity in moulding what appears to be too hard; but it is a thousand times more difficult. It depends on refining human souls to follow the way of their Creator and to build the world according to what He loves and approves of good deeds and noble values.

Before Islam men used to consider themselves the only human beings and treated women as a phenomenon of nature. But in Islam, Prophet Muhammad, peace be upon him, says “women are the full sisters of men.” – related by Abu Dawoud (236).

Fighting until death was a sport that the Romans loved, but then Islam came and forbade killing people unjustly, and showed that this was by the command of God, the Creator of life and death, whom humanity had forgotten as it strayed away from His path:

“We decreed to the Children of Israel that if anyone kills a person – unless in retribution for murder or spreading corruption in the land – it is as if he kills all mankind, while if any saves a life it is as if he saves the lives of all mankind.

There were many other wrong deeds and misguided beliefs that Islam came to correct.

Our use of phrase 'The Dark ages' to cover the period from 699 to 1,000 marks our undue concentration on Western Europe... "From India to Spain, the brilliant civilization of Islam flourished. What was lost to Christendom at this time was not lost to civilization, but quite the contrary.

Contributions of Islamic Civilization (part 2 of 2) 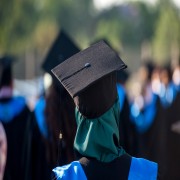 Islamic Values and Contribution of Islamic Civilization to the World