Why do Muslims fast Ramadan?

Most the overweight people have tried different kinds of fasting. Some will drink only juice for a day, or eat only fruit, or stay away from any sugar or carbohydrates, or stop drinking alcohol for a period of time. Yet, it seems strange, the idea of Muslims fasting in the month of Ramadan.

The entire nation of almost 2 billion people, men and women, young and old, rich or poor - all together, for a whole month - not eating, not drinking and not having intimate relations, during the daylight hours. This describes the month of Ramadan.

What is the significance of Ramadan?

Isn't it a very harsh practice?

What is the real spirit of Ramadan?

*fasting means to abstain from food or from certain kinds of food voluntarily, as an observance of a holy day or as a token of grief, sorrow, or repentance.

This practice can be found in most of the major religions of the world like Hinduism, Judaism and Christianity.

Although in most religions, fasting is for expiation of sins; in Islam it is primarily to bring one closer to Allah.

Since being conscious of Allah is the prerequisite for righteousness, great stress is placed on fasting in Islam.

Fasting makes you feel hunger which every poor person suffers from in the world. This is how you would sympathize with the poor and try to help them more.

This is why every Muslim is required to give food to the poor immediately by the end of Ramadan.

The basic rules of fasting are avoiding food, drink and sexual intercourse between dawn and sunset in the month of Ramadan. This is the basic level required for the fast to be Islamically correct but the spirit of fasting is not fulfilled yet, other levels must be added to have real impact on the fasting person.

The basic level of fasting will not benefit one spiritually, except from the perspective of submission to divine instructions. Thus, the ritual level alone will not purify one of sin.

The deeper meaning of fasting is training the spirit to control desires, restraining the spirit from the lawful human desires for a while during fasting makes the person more capable of preventing himself from committing anything unlawful at all times, not only fasting time. It helps him control the negative human emotions like anger; it also helps the person to overcome greed, stinginess and hatred. This is what the Prophet Muhammad (Peace Be upon Him) said:

“Allah has no need for the hunger and the thirst of the person who does not restrain himself from telling lies and acting on them even while observing the fast.”

The essence of the sciences of self-development and management of time and resources in the world call for one important principal: “Control your desires and do not let them control you.”

In this age of gratification, many things are used to fulfill human desires as soon as they have them, the ability to delay gratification is an important skill and fasting helps in developing such skill.

Fasting is primarily between the person and Allah, and because of this intimate aspect of fasting, Allah was quoted by the Prophet (PBUH) as saying: "Every act of Adam's descendants is for themselves, except fasting. It is meant for Me alone, and I alone will give the reward for it."

Fasting is training for the health of the body and practice for the spirit. It is an international human connection and collective faith training. In addition to that, Allah will reward you for it. The good news is that joining is for free at anytime 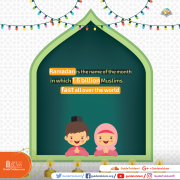 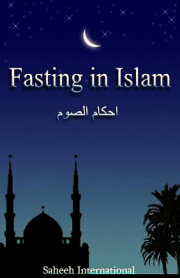 Why do Muslims fast Ramadan?