Tagged In: Quran - Learn the Quran

The first lesson on learning the Quran highlighting the importance of having a relationship with the Book of Allah.

·       To appreciate that the Quran is Allah’s blessing and to learn some qualities of the Quran.

·       To appreciate that the Quran is as relevant today as it was when it was revealed.

Some of the Qualities of the Quran

There shall come to you guidance from Me, and whosoever follows My guidance no fear shall be on them, neither shall they sorrow 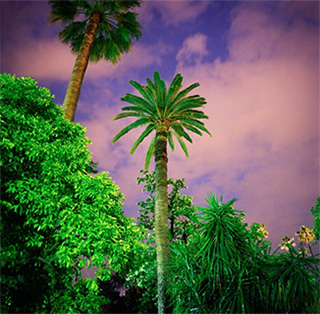 The Quran is Allah’s greatest blessing for you.  It is the fulfillment of His promise to Adam and his descendants.

2.    It is the only means to overpower your fear and anxiety.  It is the only ‘light’ (nur), as you grope in the darkness, with which to find your way to success and salvation.  It is the only healing (shifa’) for your inner sicknesses, as well as the social ills that may surround you.  The Prophet Muhammad said,

The Quran is an intercessor and it’s intercession is accepted and its plea is believed.  Whoever makes it lead him - it leads him to Paradise and whomsoever places it behind him (the result will be) he is dragged to the Fire

You must engage in Remembrance of Allah and the recitation of His Book, for it is light for you on earth and (a means by which) you will be mentioned in the Heavens

The Quran is a constant reminder of your true nature and destiny, of your station, your duties, your rewards, your perils.  More than anything, it is the only way to come nearer and closer to your Creator.  It tells you of Him, His attributes, how He rules over the cosmos and history, how He relates to you, and how you should relate to Him, to yourself, to your fellow men and to other existence.

The rewards that await you here are surely many, increasing manifold in the Hereafter, but what awaits you at the end of the road,

promises Allah in the Hadith qudsi

What no eye has seen, no ear has heard, and no heart has ever conceived

Read if you wish: ‘No human being can imagine what joys are being kept hidden for them in reward for all that they did

The guidance of the Quran, by its own claim, has an eternal relevance for all people, being the word of the Eternal God.  The Quran, the eternal guidance of the Ever-living God, is as relevant for us today as it was 14 centuries ago and will remain so forever.  The word of the Ever-living God has been sent down to guide human beings for all times to come.

For the truth of this claim, it must be possible for us to receive, experience, and understand the Quran as its first recipients did, at least to some degree.  In other words, despite the historical incidence of the revelation in a particular language and at a particular time and place, we should be capable of receiving the Quran now because its message is eternal.

For those who heard it for the first time from the lips of the Prophet, the Quran was a living reality.  They had absolutely no doubt that, through him, Allah was speaking to them.  Their hearts and minds were seized by it.  Their eyes flowed with tears and their bodies shivered.  They found it deeply relevant to their concerns and experiences and integrated it fully into their lives.  They were completely transformed by it.  As a result, those who grazed sheep and herded camels became the leaders of mankind.

Today we have the same Quran with us.  Even though millions of copies are in circulation, since we no longer read the Quran as a living reality, our eyes remain dry, hearts remain unmoved, minds remain untouched, and our lives remain unchanged.  Can the Quran be a living, relevant force, and as powerful for us now as it was 1400 years ago? This is the most crucial question that we must answer if we wish to shape our destiny afresh under the guidance of the Quran.

How do we do this? The answer is simple.  We study and learn the Quran by entering the world of the Quran as if Allah were speaking to us through it now and today, and by fulfilling the necessary conditions for such an encounter.  Only by centering our lives on the Quran, Muslims will find meaning to their existence or find dignity in this world.  More importantly, without emphasis on learning the Quran, we will never please our Creator and Lord.

Make its message as much a real part of our lives as it was for the first believers and with the same urgent and profound relevance for all our present concerns and experiences.

The Quran’s blessings are limitless, but the measure of your taking from it depends entirely upon the capacity and the suitability of the receptacle you bring to it.  So, at the very outset, make yourself more deeply aware of what the Quran means to you and what it demands of you.

In conclusion, every Muslim has a duty to devote himself to reading, understanding, and memorizing the Quran.  The next lesson will focus on how to learn the Quran.