Why Muslims Don’t Gamble, Drink Alcohol, or Do Drugs?

Alcohol is part of the Western culture—it is used in celebrations and socialization, and is used to enhance religious ceremonies. Most people though recognize that drinking too much can lead to accidents and sickness.

In the US, drug offenders account for more than one-third of the growth in the state prison population and more than 80% of the increase in the number of federal prison inmates since 1985. More than 75% of domestic violence victims report that their assailant had been drinking or using illicit drugs at the time of the incident. Nearly 4% of pregnant women in the United States use illicit drugs such as marijuana, cocaine, ecstasy, and heroin. These and other illicit drugs pose various risks for pregnant women and their babies. Some of these drugs can cause a baby to be born too small or too soon, or to have withdrawal symptoms, birth defects or learning and behavioral problems later in life. Alcohol abuse damages the liver and the brain. When the amount of alcohol in your blood exceeds a certain level, your respiratory system slows down markedly, and can cause a coma or even death because oxygen no longer reaches the brain. Daily alcohol intake may impact the ability of adults to produce and retain new cells, reducing new brain cell production by nearly 40%. Alcohol abuse can result in brain damage, slower thinking, unsteadiness and slurred speech.[1]

We do know that heavy drinking may have extensive and far–reaching effects on the brain, ranging from simple “slips” in memory to permanent and debilitating conditions that require lifetime custodial care. And even moderate drinking leads to short–term impairment, as shown by extensive research on the impact of drinking on driving.”[2]

Islamic Law prohibits the use of drugs and drinking alcohol. Any amount of drugs or alcohol is forbidden to use. Taking even a little wine for social drinking is forbidden. Once developed, the habit of drinking in small amounts can develop into an addiction in a number of people.

God has forbidden drugs and alcoholic drinks in the Quran:

“O you who have believed, indeed, intoxicants, gambling, (sacrificing on) stone alters (to other than God), and divining arrows are but defilement from the work of Satan, so avoid them that you may be successful. Satan only wants to cause between you animosity and hatred through intoxicants and gambling and to divert you from the remembrance of God and from prayer. Will you not then desist?”

Once a person asked if alcohol can be used as medicine.

“It is not a medicine, it is a disease.”

Gambling is one of the most prevalent and dangerous of human vices, as it presents the illusion of easy money yet can quickly lead to financial ruin. Gambling is a successful industry because the house always wins. Slot machines, cards, casinos, purchasing a lottery ticket, entering a raffle, or making a bet with a friend are all forms of modern gambling.

Gamblers suffer mental and physical health problems, find it difficult to hold down a job, and struggle to maintain relationships. Consider the following statistics reported by an official Australian government website:[5]

Islam forbids gambling.  The prohibition is based on the Quran and the Sunnah of the Prophet Muhammad ﷺ.

In the Quran, we read:

“O you who have believed, indeed, intoxicants, gambling, (sacrificing on) stone alters (to other than God), and divining arrows are but defilement from the work of Satan, so avoid them that you may be successful. Satan only wants to cause between you animosity and hatred through intoxicants and gambling and to divert you from the remembrance of God and from prayer. Will you not then desist?”

The Messenger of Allah ﷺ emphasized the prohibition of gambling to such an extent that even considering to take part in gambling was regarded as blameworthy.

The Messenger of Allah ﷺ    said:

“Whosoever says to another: ‘come lets gamble’ should give in charity (as a form of expiation for intending to gamble).”

Giving up alcohol, drugs, and gambling endows great benefits to people as regards their finances, married and social life, and their children, and thus provides a simple and convincing reason how Islam can benefit both you and the future generations. 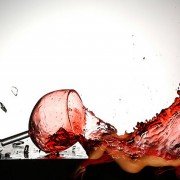