Why should I believe or reject his claim?

We’re back to the man in the red pants! Why should I believe or reject his claim?

Religions generally are making quite a special claim. The claim is that they have a message from the Creator, and often a message that is supposed to be exclusive to that religion. So it’s a case of: ‘I’m right and everyone else is wrong!’ Not that this claim is in and of itself a problem from the point of view of reason. After all, if this Wise Creator did decide to send us a message it would make sense for it to be a consistent one, and since different religions make some contradictory claims, they can’t all be right! No, the challenge here is deciding which one, if any is right. Instead of one person claiming they’ve come to read the gas meter there are seven!

All is not lost. You see, looking at all those people gathered at your door, by using the same process of reason there are some things you can easily use to pick out who really is the one entitled to read the gas meter. For example, he or she might have some I.D. and a uniform with the name of the gas company to whom you pay the bill to, and probably a device to read the meter. In the same way there are some signs we can use to distinguish the true religion from the false.

Since this is such an emotive issue it might be worth taking a little time to reflect on the sorts of inappropriate means testing that we might sometimes apply. This can be something like: ‘which one looks like me and is from my race?’ Would you use that to decide who comes into your house to read the meter? After all, criminals come in all races and colours as do gas meter readers. How about: ‘Let me just feel who the right one might be, and then I’ll just believe it enough for it to be true’. No! I thought not.

Well how about the one who makes a really good offer, like “If you have faith in me as the gas meter reader you can have free gas forever!” Tempting, but unlikely!

Or maybe just pick the one who looks something like the guy that used to come knocking on your parents’ door sometimes (even though they never even had gas…hmmm!)

I know how about the one who looks smartest and with the most money? Thought not! The point being here is that when it comes to religion you need to dismiss certain ideas. For instance, like merely following whatever your ancestors believed just because it seems familiar, or because you love them so much or can’t imagine how they could have been wrong! I’m sure that all of you do some things, if not many things, differently from your parents. So how is it that they could be wrong about those things and not about religion? 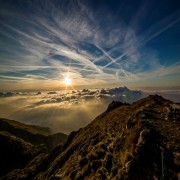 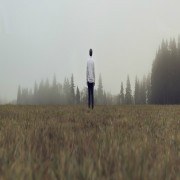