Why should Muhammad be the Final Prophet ﷺ?

Prophethood is not something acquired by a person who proves himself worthy, nor is it granted in recognition of piety. Prophethood is an office to which God appoints a man in order to fill a particular need. The Quran mentions four conditions under which prophets were sent to the world:

1. When no prophet had ever been sent to a people before and no divine message had reached them

2. When the message of an earlier prophet had been forgotten by the people or the teachings of former prophets had been altered with time

3. When a second prophet was needed to assist a first one

4. When a people had not yet received complete instruction from God

In each of these cases a prophet was appointed to convey divine revelation, updating previous messages and correcting deviations that man had introduced into the religion of God.

After God's message was completed through revelation to Muhammad ﷺ and its preservation guaranteed, there was no further need for messengers to convey revelation. Teachers and reformers were sufficient to remind people of what God had revealed. From the time of Muhammad's ﷺ prophethood, conditions in the world have been conducive to the transmission of God's message to all civilizations, making the appointment of additional prophets unnecessary. This final message has undergone no human amendment or alteration.

If God intended to send another prophet after Muhammad ﷺ, He would have made that fact clear in the Quran or commanded His Messenger ﷺ to declare that a prophet would follow him. But the Quran clearly affirms that God has now completed His divine mission through Prophet Muhammad ﷺ. Therefore, the office of prophethood has been canceled, enabling people to unite in belief in the final prophet and obedience to God. For everyone who accepts him as the divinely appointed final messenger will seek instruction only within the message he conveyed. 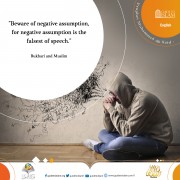 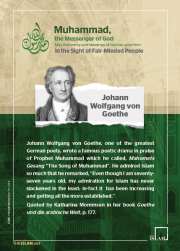 Muhammad, the Messenger of God (PBUH) in the sight of the fair-minded people - part four 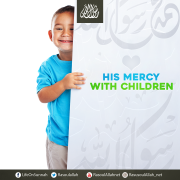 His mercy with children