“If this is Islam, I told myself, I want it. I want to be a part of this generosity, this empathy. I will join this faith with all my heart.” Lauren Booth, British journalist, sister-in-law of Tony Blair, the former Prime Minister of Britain interviewed by Hasan Rahim for The American Muslim. She accepted Islam in 2010.

"It's (referring to the Koran) a magna carta for women!" “The Koran makes it clear that women are equal in spirituality, worth and education. What everyone forgets is that Islam is perfect; people are not."Yvonne Ridley, British journalist in "A Muslim in the family" BBC News, May 1, 2004 & "Articles of faith" The Guardian, February 24, 2004. She accepted Islam in 2003.

Islam: A peaceful religion of worship and submission to God.
Muslim: A person who believes in and practices Islam. There are 1.6 billion Muslims in the world today from all races and backgrounds.
Allah: Arabic word for God. Allah is the God of Abraham, Moses, Jesus, and Muhammad. He is the Creator of all human beings.
Prophet Muhammad : The Last Prophet sent by God to deliver His message to all of humanity. He was born over 1400 years ago in the city of Mecca.
Quran (or Koran): The sacred book of Islam. The Quran is the Speech of God that was revealed to the Prophet Muhammad and written down during his life.

The issue of women in Islam is greatly misunderstood. Many in the West have stereotyped Islam as anti-women, claiming that Muslim women are oppressed and subservient wives and daughters. Indeed, quite the opposite is true.

Women Prior to Islam

● Since ancient times women were abused and mistreated.
● In some cultures they were considered property that could be bought, sold, or inherited.
● Considered inferior to men, they were blamed for misfortune. Their only purpose was to please men.
● Prior to the advent of Islam, women in Arabia did not fare any better.
● Harbingers of shame to the family, girls were sometimes buried alive at birth!

The Quran on Women

The Quran views woman as spiritually equal to men. Created by God, their purpose is to worship Him, do righteous deeds, and avoid evil.

The believers, men and women, are protectors, one of another. They enjoin what is right, and forbid what is wrong, They observe regular prayers, pay regular charity, And obey God and His Messenger. On them will God pour Mercy, for God is Exalted in power, Wise

And their Lord answered them:Truly I will never cause to be lost the work of any of you,Be you a male or female, you are members one of another

The Essential Equality of Women

The equality of men and women in Islam goes back to the creation of Adam and Eve and their description in the Quran. Muslims believe that Adam and Eve were not created identically, but made to complement each other. The Bible describes Eve as a temptress who enticed Adam to disobey God. But, according to the Quran, both Adam and Eve disobeyed God, both recognized and repented from their mistake, and God forgave both of them. Thus, Eve was not solely to be blamed. Unlike the Biblical teaching, menstruation and childbearing are not a punishment from God on every woman for Eve’s disobedience. They are simply part of a women's nature, the way God created women to play her role in the human family.

Islamic history provides Muslim women with successful role models. Khadijah, the first wife of the Prophet Muhammad , was a successful businesswoman. In the early phases of the mission of the Prophet of Islam, women suffered persecution, exile, and martyrdom along with men. The early battles that threatened the very existence of Islam saw women nursing the injured, running supplies, and on some occasions, even participating in the fighting. There is also a strong academic tradition of Muslim women who look up to the earliest female scholars like Aisha and Umm Salama, both wives of the Prophet .

In the 7th century, Islam gave women rights and freedoms that have only been recently gained in the West. Traditional Islamic law provides hundreds of provisions for women’s rights including:

● A woman’s property is her own and cannot be seized by her husband.
● Women cannot be denied the right to education.
● Ruining a woman’s reputation is a punishable offense.
● A woman cannot be forced into marriage.
● Women can file legal suits and testify in court.
● Women can freely enter into contracts.
● Spousal abuse is a punishable offense.
● Women can seek divorce from their husbands.
● Women receive equal pay for work.
● A Muslim woman retains her own family name upon marriage, rather than taking the name of her husband. This symbolic act emphasizes that she remains her own person, with her own valid identity separate from that of her husband.

Islam & Culture Must be Distinguished

● Women’s rights vary widely in the Muslim world, reflecting a great variety of cultures and a range of modernization and economic development in Muslim nations.
● Culture and traditions often interfere or even overshadow the faith's true teachings.
● Many cultural practices have no justification in the faith or violate the faith's teachings altogether like honor killings, female genital mutilation, and forced marriages.

● In the last twelve years, six Muslims have won the Noble Prize. Three of them were women.
● The youngest recipient ever to win the Noble Prize is 16-year-old Malala Yousafzai from Pakistan. She won the prize for her global efforts for the right of all children to education. She is inspired by her Islamic values.
● A 20 year-old Palestinian, Iqbal Al Assaad is one of the youngest medical doctors in the world today. She graduated from high school at age 12.
● The United States holds the 84th place in a global ranking of women elected to government cabinet positions. It comes after Muslim-majority nations like Afghanistan, Pakistan, Bangladesh, Iraq, Sudan, and Saudi Arabia. 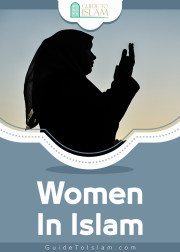 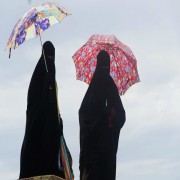