Is it true to say that under Islamic law, a woman inherits less than a man?  The answer is Yes.

And when we say that a man inherits less than a woman in Islamic law, our statement is also true. 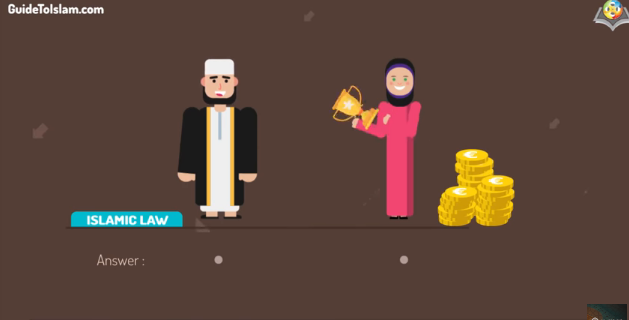 How about the statement that they have equal shares of inheritance? This is again true.

Let us try together to find out the truth.

Let us first cast a broad glance, so as to see the full picture. In its present form, the Holy Bible appears to deprive women of inheritance altogether, except in the case of there being no male heir. A daughter does not inherit from her father unless he has no sons.

In the Book of Numbers (27: 8) “If a man dies, and has no son, then you shall pass his inheritance to his daughter”.

What does Islam say?

If the opening sentences of this video sound odd, there is a simple solution. Indeed, all three sentences are true, in their respective situations.

Islam outlines 34 situations of inheritance. A woman’s share differs according to situation. There are ten cases where a woman inherits more than a man, and ten others where men and women have equal shares, and ten cases where the man inherits nothing while the woman gets the entire estate. It is in the remaining four cases that a man inherits twice the share of a woman.

All these possible cases are clearly defined in Islamic law. Inheritance is a fine and detailed area of Islamic law, providing a perfect system that addresses all different social situations. No wonder, it is decreed by God, the Creator of man and the universe who knows what suits man and what ensures the steady progress of life.

Various factors are considered in the determination of how inheritance is divided among heirs. These include:

It is worth noting that no human system was ever established, under which women were guaranteed to be looked after by men in all situations.

Islam, the system given to us by the Lord of mankind, has a different outlook. Under Islam, a man is responsible to maintain his mother, his wife and daughter, and even his sister when she has neither father nor husband.

In modern man-made laws, women are required to earn their own living. When a woman loses her father and husband, she must look after her children. That is a heavy responsibility that may break the back of many women. They will not then be able to fulfil their maternal responsibilities to their own satisfaction.

Islam, the compassionate religion, gives the woman a fair share of inheritance, and requires the man to ensure that she is well looked after.

A question needs to be put to every woman who is not deceived by the distorted images presented by the world media: which legislative system do you prefer?

How to Have a Blissful Marriage in Islam? 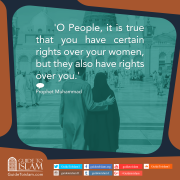