You are not a Messenger!

The disbelievers of Quraish tried to implant doubt in the heart of the Messenger of Allah (pbuh) and his followers by denying his prophethood altogether. They claimed that he (pbuh) was neither a prophet nor a messenger. Allah Almighty answered them saying:

Those who disbelieve say, “You are not a messenger.” Say (O Muhammad), “Sufficient is Allah as Witness between me and you, and (the witness of) whoever has knowledge of the Scripture

The previous Ayah calls to witness the scholars of the People of Scripture who had the description of Muhammad (pbuh) in their Books and the tidings of his advent conveyed to them by their prophets. Allah Almighty says in another Ayah:

My Mercy embraces all things. I (Allah) will decree it for those who fear (Me) and give Zakah and those who believe in Our Ayat. Those who follow the Messenger, the unlettered Prophet, whom they find written in what they have of the Torah and the Gospel

A hadith was narrated on the authority of ‘Ata’ bin Yasar in which he met  ‘Abdullah bin ‘Amr bin Al-‘As and asked him about the description of the Messenger of Allah (pbuh) in the Torah. He answered him, saying, “He is described in the Torah with some of the qualities attributed to him in the Qur’an (as follows):

O Prophet! Verily, We have sent you as a witness, and a bringer of glad tidings, and a warner

and a refuge for the illiterates (i.e. the Arabs). You are My Servant and My Messenger. I have called you “Al-Mutawakkil” (the one who relies on Allah alone for each and everything). Neither discourteous, nor harsh, nor clamorous in the markets, nor repels (repays) evil with evil. Rather, he pardons and forgives. Allah will not take him (in death) until He straightens through him the crooked religion, by making people say: “There is no god but Allah,” and so opens by it blind eyes, deaf ears, and sealed hearts.” 2

The Jewish rabbis and Christian monks could recognize the Prophet (pbuh) even before his mission. They knew the time of his Message and were sure of his birth.

Abu Talib, the uncle of the Prophet (pbuh), once traveled with a trade caravan to Syria, having in his company the Messenger of Allah (pbuh), who was still a boy. The caravan reached Busra, where there lived a monk called Bahira. He was the most knowledgeable of Christian scholars at that time. Ever since becoming a monk, he secluded himself at his hermitage.

Many a time the caravan passed by his place, but monk Bahira never talked or appeared to them until that year, when they stayed near his hermitage.

He prepared much food for them because of something, as they said, he saw while in his hermitage. They narrated that on their arrival he saw from his hermitage the Messenger of Allah (pbuh) in the caravan, with a cloud shading him alone among the people.

Upon seeing this sign, Bahira descended from his hermitage and sent for the caravan. He said, “I have prepared food for you, O people of Quraish. I would love that you all should attend, the young of you and the old, the slaves and the free.”

After the banquet, Bahira approached the Messenger of Allah (pbuh) and said, “O boy, I adjure you by Al-Lat and Al-‘Uzza (two idols of the pagan Arabs) to tell me what I shall ask you.”

Monk Bahira adjured him in their name only because he had heard the Quraish swearing by these idols. It was said that the Messenger of Allah (pbuh) replied, “Do not ask me in the name of Al-Lat and Al-‘Uzza. By Allah, I have never hated anything more than them.”

Bahira said, “Then in the Name of Allah tell me what I shall ask you.”

The Messenger of Allah (pbuh) said, “Ask me about whatever you like.”

Bahira asked the Messenger of Allah (pbuh) about certain personal matters related to his sleeping, his form, and his life, to which the Messenger of Allah (pbuh) gave him replies, all agreeing with what Bahira had of his description. He then looked at his back and saw the seal of prophethood between his shoulders, in exactly the same position stated in the description he had with him.

Bahira asked him, “What is this boy to you?”

“He is my son,” Abu Talib replied.

“He is not your son, and the father of this boy should not be alive,” Bahira said.

“He is my nephew,” Abu Talib replied.

“What became of his father?” Bahira asked.

“He died while his mother was pregnant with him,” Abu Talib replied.

“You told the truth. Return with your nephew to his homeland and guard him against the Jews. By Allah, if they saw him and learned from him what I did, they would seek to do him harm. This nephew of yours will be of great importance. Hasten to take him back to his land,”2 Bahira said. 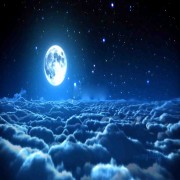 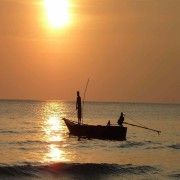 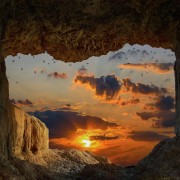