It is a sign of the man's belief that he recognizes the cruelty of his heart. This is because once the heart is enlightened by the light of Allah, it will be soften by mentioning Allah and responds to the sermons and the lessons he hears. On the other hand, if the faith became weak, the light will begin to diminish according to the decrease of the faith and then the Muslim will feel the cruelty and hardness, but the remaining faith will urge him to search for the cause of the decrease that led to the cruelty of his heart, and calls him to think seriously in rectifying his affairs, and take his way to reform himself with all the determination and ambition until his faith returns to its previous state. Thus, he takes care of himself whenever he feels the cruelty of his heart so that he meets his Lord waving between fearing him and hoping in his mercy. 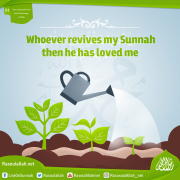 Whoever revives my Sunnah then he has loved me 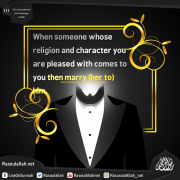 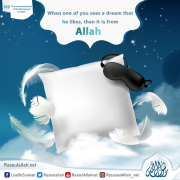 When one of you sees a dream that he likes, then it is from Allah