When the Messenger of Allah (peace and blessings of Allah be upon him) would stand for prayer, he would face the direction of the Kaabah in Makkah, with the intention of performing the prayer.

The Prophet (peace and blessings of Allah be upon him) would recite the Quran audibly in the Morning Prayer, the first two units (rakahs) of both the Sunset and the Night Prayers. He would recite it silently in the Noon and the Afternoon Prayers as well as in the last two units of the Sunset and Night Prayers. He would also recite it audibly in the Friday Prayer, the two Eid Prayers, the Prayer for Rain and the Eclipse Prayers.

He would make the last two rakahs about half as short as the first two, the length of about fifteen verses or sometimes he would only recite soorah al-Faatihah in them.

When he would finish the entire reciting, he would pause a little, raise his hands, say the takbeer (“Allah is great”) and then bow. He would put his hands on his knees and separate his fingers. Sometimes he would put his hands on his knees as if he were grasping them. He would keep his arms away from his side and would stretch out his back and keep it straight, such that if one were to pour water on his back it would settle there.

He would be very calm and still in his bow. He used to say, “Subhanna Rabbiyal-Adheem (Exalted and perfect is my Lord, the Great),” three times. Also while bowing, he would state a number of words of remembrance and supplications, sometimes one and sometimes another. He also prohibited the reciting of the Quran while bowing or prostrating.

Then he would raise his back from the bowing position and saying, “Sami-Allaahu liman hamidah (Allah has heard him who praises Him).” He would also raise his hands while moving to stand straight. While standing, he would say, “Rabbanaa wa lakal-hamd (Our Lord and to you is the praise).” Sometimes he would say more than simply that. Then he would say the takbeer and go down to prostrate. He would put his hands on the ground before his knees. He would lean on his hands and spread them out. He would bring his fingers together and direct them towards the qiblah. He would place them parallel to his shoulders or, sometimes, parallel to his ears. He would firmly place his nose and forehead on the ground. He used to say, “I have been ordered to prostrate on seven bones: the forehead—and he pointed to his nose [as well]—, the two hands, the two knees and the ends [toes] of the two feet.” He also said,  “There is no prayer for the one whose nose does not touch the ground in the manner that the forehead does.” He would remain calm and still in the prostration. He would say, “Subhanna Rabbiyal-Adheem (Exalted and perfect is my Lord, the Great),” three times. He would also recite a number of words of remembrance and supplications in this position, varying the different supplications that he would make. He stated that one should exert himself in making numerous supplications in this position. Then he would raise his head while pronouncing the takbeer. Then he would spread out his left leg and sit on it, resting his bones and being still. His right leg would remain erect on the foot, with the toes pointing toward the qiblah. At this juncture, he would say, “O Allah, forgive me, have mercy on me, strengthen me, raise me [in rank], guide me, pardon me and provide for me.” Then he would state the takbeer and make a second prostration like the first one. Then he would raise his head while making the takbeer and sit straight on his left leg, until all his bones returned to the sitting position, and then he would get up, pushing up off the ground. In the second rakah he would do the same that he did in the first but he would make this rakah shorter than the previous one.

Then he would make the salutations to his right, saying, “Peace be upon you and the mercy of Allah,” and to his left as well. Occasionally, during the first greeting he would add, “and His blessings” at the end of the phrase. 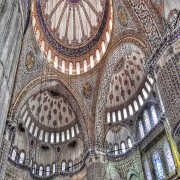 Final Words for the New Muslim 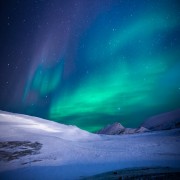 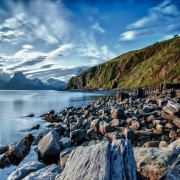