In Islam, wealth is not considered an evil. Wealth is a bounty that Allah bestows upon individuals. It is definitely not evil nor even a necessary evil, as some other religions teach. In fact, protecting and safeguarding wealth is one of the goals of the Sharee’ah. Hence, people are encouraged to engage in earning a livelihood and accumulating wealth.

However, like many good things, there has to be limits with respect to wealth. In the hands of a righteous person, wealth becomes a tool that can be used to please Allah. On the other hand, it can also be something that may lead to a person's own destruction. Hence, it is truly a kind of trial from God. Allah describes it in this manner,

“Your wealth and your children are only a trial”

The Prophet said, “The two feet of the human will not move on the Day of Resurrection until he is asked about his life and he how he used it, about his knowledge and what he did with it, about his wealth and how he acquired it and how he spent it…”  For example, one cannot give wealth priority over the teachings of the faith. Wealth or money cannot, thus, become one's ultimate goal in life. Additionally, wealth must be acquired by permissible means and spent on permissible matters. The ethical standards of Islam must be adhered to and, as a result, the wealth may be blessed by Allah, benefiting the individual in both this life and the Hereafter.

The righteous person understands that the wealth under his control actually belongs to Allah and the human's ownership of wealth is more akin to that of a caretaker. In other words, the human must use wealth only in the manner approved of by the true owner of that wealth, Allah. The Muslim understands that he is not free, therefore, to use his money in any fashion that he wishes. There are some things that are clearly and obviously forbidden for him. For example, he cannot use his money to bribe others or wrong others, thus going against justice.

“And eat up not one another's property unjustly, nor give bribery to the rulers (judges before presenting your cases) that you may knowingly eat up a part of the property of others sinfully” 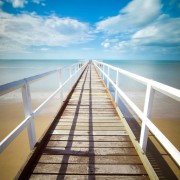 My Prophet the Prophet of mercy 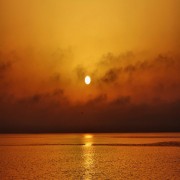