Now some of you might, or perhaps should be thinking what ex­actly is this ‘amazing level of information’ that I’m talking about, and this is a vast topic in itself which could in fact fill volumes, and then we’d need to add to that all the arguments and counter arguments, and that would fill even more volumes! There’s some recommended reading and web sites at the end of this if you’re interested in going deeper. I’m just going to select a choice few things that I find particularly fascinating and personally convinc­ing.

The first is to do with history. Lots of Christians have tried to accuse Mohammed of attempting to copy and use the Bible, and this is pretty silly for a number of reasons. One of them is because there just wasn’t a Bible in Arabic at that time and even if there was, Mohammed wouldn’t have been able to read it. Now there are a lot of the same people mentioned in the Quran that are in the Bible, and this is because they are, mostly, Prophets and Messengers of God. The Quran being the last revelation from the Creator deems their lives to be examples worthy of mention to inspire and motivate believers in times to come. It’s not strange that Abraham is mentioned since the Arabs considered him their patriarch via his son Ishmael. One of the Biblical terms used for the Arabs was Ishmaelites because of their descent from him. However, what might seem strange and a challenge to explain is just how much there is about Moses in the Quran. Of course the simple explanation for this is that the challenges and tasks that Mohammed faced were so much ‘like unto that’ of Moses, and therefore the experience of Moses was a useful guide and inspira­tion to the final Messenger.

There are two fascinating little, but telling, details taken from these stories in the Quran.

Firstly, it is interesting how Joseph (son of Israel or Jacob) also mentioned in the Quran, never refers to the ruler of Egypt as Pharaoh but rather calls him King, whereas Moses is clearly dealing with a Pharaoh. The Bible calls both Pharaoh. Not such a problem one might think, except that when we try to locate Jo­seph in history we find that the dynasty ruling Egypt at the time were in fact the Hykos, who were Semites and didn’t use the term Pharaoh, which was a term used by the native Egyptians for their rulers. The ruler of Egypt under Moses was a native Egyptian who had supplanted the Hykos and who began to oppress the tribe of Israel. If Mohammed had copied the Bible, why didn’t he copy this historical error? And where did he get such accurate information from? There were no universities with departments of Egyptology at that time. The knowledge of reading hieroglyphs had been lost hundreds of years previously, and was not known again until the discovery of the Rosetta Stone 1000 years later. This makes the second piece of information even more fascinating.

The Quran relates the story of how Moses goes to Pharaoh and invites him to believe in…Well, pretty much what you’re reading here. Pharaoh starts to question Moses about this unseen God above the heavens. Now Pharaoh was the one who thought he was god, in fact he thought that through magic he could command the gods. So he arrogantly says to one of his people:

Much has been made of the mention of this Haman, claiming that Mohammed copied stories from the Bible and got it all mixed up.

There is a Haman in the Bible in the book of Esher, a book which is considered of questionable authenticity itself, which places this character later in time in Persia as a minister in the court of Ahasuerus. However, there are no independent historical records that show that such a character ever existed in Persia. In fact, Biblical scholars have identified Haman as the Elamite god Humman, or possibly the Persian hamayun, meaning ‘illustrious’, and to the Persian name Owanes.

We do however, contrary to the mocking claims of many Christian polemicists, have a Haman, located in Ancient Egypt that seems to fit the bill perfectly.

Dr. Maurice Bucaille was one of the first people to study the name Haman from an Egyptological view point. He surmised that since ‘Haman’ was mentioned in the Qur’an during the time of Moses in Egypt, the best course of action was to ask an expert in the old Egyptian language, i.e., hieroglyphs, regarding the name. Bucaille narrates an interesting discussion he had with a prominent French Egyptologist:

“In the book Reflections on the Qur’an (Reflexions sur le Goran), I have related the result of such a consultation that dates back to a dozen years ago and led me to question a specialist who, in ad­dition, knew the classical Arabic language well. One of the most prominent French Egyptologists, fulfilling these conditions, was kind enough to answer the question.

I showed him the word ‘Haman’ that I had copied exactly like it is written in the Qur’an, and told him that it had been extracted from a sentence of a document dating back to the 7th century AD, the sentence being related to somebody connected with Egyptian history.

He said to me that, in such a case, he would see in this word the transliteration of a hieroglyphic name but, for him, undoubtedly it could not be possible that a written document of the 7th century had contained a hieroglyphic name – unknown until that time – since, in that time, the hieroglyphs had been totally forgotten.

In order to confirm his deduction about the name, he advised me to consult the Dictionary of Personal Names of the New Kingdom by Ranke, where I might find the name written in hieroglyphs, as he had written before me, and the transliteration in German.

I discovered all that had been presumed by the expert, and, moreover, I was stupefied to read the profession of Haman: ‘The Chief of the workers in the stone-quarries,’ exactly what could be deduced from the Qur’an, though the words of the Pharaoh sug­gest a master of construction.

When I came again to the expert with a photocopy of the page of the Dictionary concerning ‘Haman’ and showed him one of the pages of the Qur’an where he could read the name, he was speech­less…

Moreover, Ranke had noted, as a reference, a book published in 1906 by the Egyptologist Walter Wreszinski: the latter had men­tioned that the name of ‘Haman’ had been engraved on a stela kept at the Hof-Museum of Vienna (Austria). Several years later, when I was able to read the profession written in hieroglyphs on the stela, I observed that the determinative joined to the name had emphasised the importance of the intimate of Pharaoh.”

Now that’s what I call an ‘amazing level of information!’ 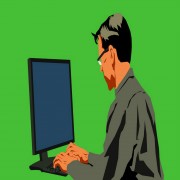 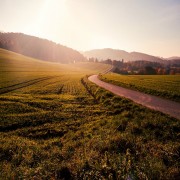