Belief in Allah’s books is the third article of faith mentioned in this ha-dith. It refers to the revelations that Allah sent down to His messengers as a mercy and guidance to lead mankind to success in this life and happiness in the Hereafter. In particular, the Quran is the final revelation. It is the un-created speech of Allah.

Ibn Uthaimeen points out that the belief in Allah’s books comprises four aspects:

First, one must believe that those books were truly revealed from Allah.

Third, one must also believe in everything that Allah has revealed, whether it be in the Quran or in the previous books. That is, for example, if the Quran states something, then the Muslim must believe in it. He has no choice in this matter. If he rejects any statement in it, he has negated his beliefs in the Books of Allah.

Then do you believe in a part of the Scripture and you reject the rest? Then what is the recompense of those who do so among you, except disgrace in the life of this world. And on the Day of Resurrection they shall be consigned to the most grievous torment. And Allah is not unaware of what you do

Fourth, one must act in accord with the unabrogated revelation, which is the Quran. One must be pleased with it and submit to it completely. This is so even if the person does not completely grasp the wisdom behind the command or statement.

All of the previous revelations of Allah have been abrogated by the final revelation, the Quran. There is no need for any Muslim to turn to the remnants of any of the earlier scriptures. Everything that he needs for his guidance is contained in the Quran and what it points to, such as the Sunnah of the Prophet Muhammad (peace be upon him).

Allah has stated in the Quran

And to you We have revealed the Scripture in truth, confirming whatever Scripture that came before it, and a watcher and judge over it

It is one of the greatest blessings of Allah that He sent revelations for mankind.  These revelations guide man to the purpose for which he was created. This is one of the many aspects of this creation that helps a human being see and recognize the truth. Commenting on this point, Idris wrote,

God created men so that they may serve Him. His being a servant of God constitutes the essence of man. Man cannot therefore attain to his true humanity and acquire peace of mind unless he realizes this aim for which he was created. But how can he do this? God, being merciful and just, has helped him in many ways. He granted him… an originally good nature that is inclined to know and serve its true Lord. He granted him a mind that possesses a moral sense and the ability to reason. He made the whole un-iverse a natural book full of signs that lead a thinking person to God. But to make things more specific and to give him more detailed knowledge of his Lord, and to show him in a more detailed manner how to serve Him, God has been sending down verbal messages through His prophets chosen from among men, ever since the creation of man. Hence, the description of these messages in the Quran as guidance, light, signs, reminders, etc.

In fact, not only did He send revelations for mankind but He also sent specific and different revelations according to the needs and circumstances of different people over time. This is another expression of Allah’s great mercy for mankind. This process continued until the Quran was revealed, containing all the guidance that mankind needs from the time of the Prophet Muhammad (peace be upon him) until the Day of Judgment. Since it is meant to be a guidance for all times until the Day of Resurrection, as opposed to the earlier scriptures, Allah has protected the Quran from any tampering, mistakes or distortions.

Verily, it is We who have sent down the Reminder [the Quran] and surely We will guard it [from corruption] 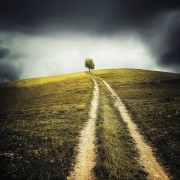 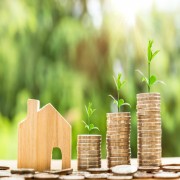 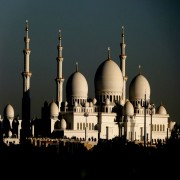