The fast of Ramadaan refers to abstaining from food, drink and sexual intercourse during the days of the month of Ramadaan.

Fasting is a source of self-restraint, piety and God-consciousness. It was prescribed by Allah for the prophets before Prophet Muhammad (peace be upon him). In the verses obligating the fast of the month of Ramadaan, Allah has pointed out its goal or purpose:

The Prophet (peace be upon him) said that fasting is a protection from the Hell-fire:

Fasting is a shield from the Hell-fire like one of your shields used in fighting.”   Furthermore, it will also come as an intercessor on the Day of Judgment. The Prophet (peace be upon him) has said, “The fast and the Quran shall come as intercessors on the Day of Resurrection. The fast shall say, ‘O Lord, I prevented him from his food and drink during the day, so let me intercede for him.’ The Quran will say, ‘I kept him from sleep during the night, so let me intercede for him.’ Then they will be allowed to intercede

It is an act that demonstrates one’s sincerity to Allah. Only Allah is aware if a person truly fasted or not. No one can know if he secretly broke his fast. Therefore, Allah has a special reward for those who fast. This is stated in the following report: Allah has said, “He leaves his food, drink and desires because of Me. Fasting is for My sake and I shall reward it. And every good deed shall be rewarded ten-fold.”

By Allah’s grace and mercy, if a person fasts the month of Ramadaan with faith in Allah and hoping for its reward, Allah will forgive all of his pre-vious minor sins. The Prophet (peace be upon him) said, “Whoever fasts the month of Ramadan with faith and hoping for its reward shall have all of his previous sins forgiven for him.”

Ibn al-Qayim noted some of the beneficial and important aspects of fasting when he wrote,

The purpose of fasting is that the spirit of man was released from the clutches of desires and moderation prevailed in his carnal self, and, through it, he realized the goal of purification and everlasting felicity. It is aimed at curtailing the intensity of desire and lust by means of hunger and thirst, at inducing man to realize how many were there in the world like him who had to go even without a small quantity of food, at making it difficult for the Devil to deceive him, and at restraining his organs from turning towards things in which there was the loss of both worlds. Fasting, thus, is the bridle of the God-fearing, the shield of the crusaders and the discipline of the virtuous.

While I was sleeping, two men came to me and took hold of my arms. They brought me to a steep mountain and said, ‘Climb.’ I said, ‘I am not able to.’ They said, ‘We will make it easy for you.’ So I climbed until I came to the summit of the mountain where I heard terrible cries. I said, ‘What are these cries?’ They said, ‘Those are the cries of the inhabitants of the Fire.’ Then they took me further until I came to a people who were strung up by their hamstrings, and their jawbones were torn and flowing with blood. I said, ‘Who are these people?’ He said, ‘Those are the people who break their fast before the time it was permissible to do so

Fasting is obligatory upon every sane, adult, healthy, non-traveling Muslim. In addition, women must also be pure of menses and post-partum bleeding. If a person is traveling or ill, he is not required to fast. If he does fast, that fast will fulfill the requirements of the fast. However, if he does not fast, he must make up those missed days of fasting later. If a woman has her menses or post-partum bleeding, she is not allowed to fast and will make up those days later.

The essential components of the fast.

First, the person must have the intention of fasting for the sake of Allah. If a person simply goes without eating or fasts for the sake of losing weight, such would not be an act of worship of Allah. Thus, the Prophet (peace and blessings of Allah be upon him) said, “There is no fast for the one who does not make the intention to fast before Fajr (dawn).”

Second, the Muslim must refrain from anything that breaks the fast from the dawn of dawn until sunset. The matters that invalidate the fast are the following six:

(1 and 2) Intentionally eating or drinking: However, if a person forgetfully eats or drinks, then he does not have to make up the fast nor is there any expiation in his case. The Prophet (peace and blessings of Allah be upon him) said, “Whoever forgets while he is fasting and eats or drinks something should complete his fast, for it was Allah who fed him or gave him to drink.”

(3) Intentionally vomiting: If a person is overcome by nausea and vomits, then he does not have to make up the fast nor is there any expia-tion in his case.

(4 and 5) Menstruation and post-partum bleeding. Even if these occur at the last moment before sundown, they break the fast according to the consensus of the scholars.

The Purpose of Fasting in Islam 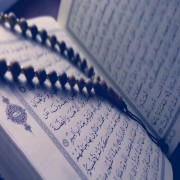 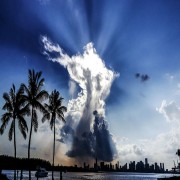