Belief in Divine Decree(part 2 of 2)

· To learn the second two components that belief in divine decree entails, i-e everything happens by the Will of Allah and His Ability is perfect, and that Allah is the One who created everything.

· To clarify and dispel the confusion regarding the question of freedom of will.

(3)    Allah’s Will Passes, and His Ability is Perfect

Had He so willed, he would indeed have guided you all.

If we were to say that something occurs in existence without Allah willing it, that would mean that things can occur without the Will of Allah, and that would be a shortcoming in Allah’s power and will. Rather, everything that occurs can only be if Allah wills it. If He did not will it to occur, it could have never come into being.

Likewise the actions of the creation occur by the Will of Allah:

“And you do not will except that Allah wills – Lord of the worlds.

No one can do anything except if Allah wills it to be, had He willed that they do not take place, they would not have occurred.

“He has created everything, and has measured it exactly according to its own measurement.”

This includes our characteristics and our deeds.

While Allah has created you and what you do

We are given the physical ability and a choice.  Our abilities like intelligence and memory differ just like our characteristics like height, weight, and color.  Also, we are given a will and have a choice.

Human Freedom of Will

Islamic belief in the divine decree (Qadr), every human act both in material and spiritual life is predestined, keeps human liberty intact without denying divine interference in human affairs.  It does not undermine the principle of man’s moral freedom and responsibility.  Man is not a helpless creature borne along by destiny.  It is incorrect to believe the action of fate is blind, arbitrary, and relentless.

All is known, but freedom is also granted.

Man is responsible for his acts.  Lethargic nations and individuals indolent to ordinary affairs of life are to blame themselves, not Allah.  Man is bound to obey the moral law; and he will receive merited punishment or reward as he violates or observes that law.  However, if such is so, man must have it in his power to break or keep the law.  Allah would not hold us responsible for something unless we were capable of doing it:

Everyone knows the difference between being compelled to do something and being free; having the choice of doing it, between a gun put to one’s head and being free in making decisions.

Some people mistakenly imagine the divine decree of each individual’s future life is so rigorously predetermined in all its details by Allah that his own volitions or desires have no power to alter the course of events.  It defeats common sense to reject faith or commit a sin even before knowing whether or not it was destined! Everyone has the ability to choose between righteousness and evil, so how can a person willfully choose the road to perdition and use the divine decree (Qadr) as an excuse?  It is more appropriate to walk on the blessed path and attribute it to one’s destiny.  Allah knows from eternity with infallible certainty who will be saved and doomed, while Allah has this infallible foreknowledge, we, on our part, cannot have an absolutely certain assurance as to how we will end.  The Prophet, may the mercy and blessings of Allah be upon him, spoke the truth when he said:

“Seek what is beneficial to you, and ask Allah for help.  Do not lose hope, and if something were to afflict you, do not say ‘If I had done so and so’, because saying ‘If’ opens the doors for the devil.” 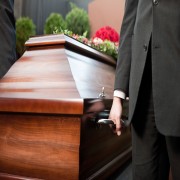 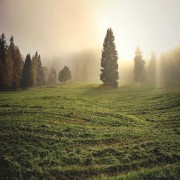 Belief in the Divine Decree