Did Muhammad write the Quran?

Mohammed was, like most people in Arabia at that time, unable to read or write. He had no access to the means of acquiring such knowledge. Indeed, it was a constant challenge to his opponents then, as it has been throughout the history of those who refuse to accept the possibility that the Quran is from the Creator, as to where exactly he got all this information.

Some Christian polemi­cists even went as far as to claim that Mohammed himself was in fact a heretical Christian bishop that had fled to Arabia, others claiming that he learned from some dissident monk! However, despite the rich history and available literature of Mohammed’s life, no one can seem to be able to identify this character and how he managed to stay hidden for the duration of the twenty-three years the Prophet preached. Of course, another issue that this raises is the suggestion that the Quran was an invention, and that Mohammed was a liar, and such a claim is really very problematic, since any study of the life of Mohammed clearly shows his com­plete sincerity and truthfulness. He does not display the psycho­logical profile of a con artist at all. This has led others to claim that he was deluded and mad, that he really believed that he was a Prophet, and managed therefore to convince himself and others.

This leaves us still with the unexplained mystery of the amazing information and breadth of knowledge contained in the Quran.

You see, someone can’t be both deluded and a liar at the same time.

If you think you are a Prophet and really believe you are receiving information from God, when someone comes to ask you a difficult question as often happened to Mohammed, you don’t go off run­ning to your nearest priest or Rabbi to find out what the answer is going to be. You’re convinced God is going to tell you. 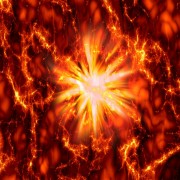 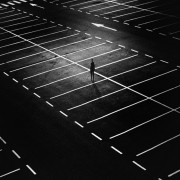 Why should I believe or reject his claim?

THE TEST OF CHARACTER