Environmental Protection in Islam (part 4 of 7): Air, Land, and Soil

This element is no less important than water for the perpetuation and preservation of life.  Nearly all terrestrial creatures are utterly dependent on the air they breathe.  The air also has other functions which may be less apparent to man but which God has created for definite purposes, as we have been made aware of by the Glorious Quran -such as the vitally important role of the winds in pollination.  God has said:

The winds are also clear evidence of God’s omnipotence and grace, and the perfection of design in His creation.  He has also said:

“Verily in the creation of the heavens and the earth; in the alternation of night and day in the change of the winds, and the clouds compelled between heaven and earth surely there are signs for a people who have sense.” (Quran 2:164)

“And He it is Who sends the winds as tidings heralding His grace: until when they have raised a heavy-laden cloud, We drive it to a dead land and cause the rain to descend upon it, and thereby bring forth fruits of every kind.” (Quran 7:57)

Since the atmosphere performs all these biological and social functions, its conservation, pure and unpolluted, is an essential aspect of the conservation of life itself which is one of the fundamental objectives of Islamic law.  Again, whatever is indispensable to fulfill this imperative obligation is itself obligatory.  Therefore any activity which pollutes it and ruins or impairs its function is an attempt to thwart and obstruct God’s wisdom toward His creation.  This must likewise be considered an obstruction of some aspects of the human role in the development of this world.

3. The Land and Soil

Like air and water, the land and soil are essential for the perpetuation of our lives and the lives of other creatures.  God has declared in the Quran:

“And the earth He has established for living creatures.” (Quran 55:10)

From the minerals of the earth are made the solid constituents of our bodies, as well as those of all the living animals and plants.  God has said in the Quran:

“And among His signs is that He has created you from dust; then behold, you are humans scattered widely.” (Quran 30:20)

He has also made the land our home and the home of all terrestrial beings.

And as our home, the land has value as open space:

God has made the land a source of sustenance and livelihood for us and other living creatures: He has made the soil fertile to grow the vegetation upon which we and all animal life depend.  He has made the mountains to catch and store the rain and to perform a role in stabilizing the crust of the earth, as He has shown us in the Glorious Quran:

“Have We not made the earth a vessel to hold the living and the dead?  And We have made in it lofty mountains and provided you sweet water to drink.” (Quran 77:25-27)

“And the earth, after that He has spread it out; from it He has brought forth its waters and its pastures, and He has made fast the mountains, a provision for you and for your cattle.” (Quran 79:30-33)

“And the earth, We have spread it out, and made in it mountains standing firm, and grown in it every thing in balance.  And We have provided in it sustenance for you, and for those whom you do not support.” (Quran 15:19-20)

“And a sign for them is the lifeless earth: We bring it to life and bring forth from it grain of which they eat.  And we have made therein gardens of palms and vines.” (Quran 36:33-35)

If we would truly give thanks to the Creator, we are required to maintain the productivity of the soil, and not expose it to erosion by wind and flood; in building, farming, grazing, forestry, and mining, we are required to follow practices which do not bring about its degradation but preserve and enhance its fertility.  For to cause the degradation of this gift of God, upon which so many forms of life depend, is to deny His tremendous favors.  And because any act that leads to its destruction or degradation leads necessarily to the destruction and degradation of life on earth, such acts are categorically forbidden. 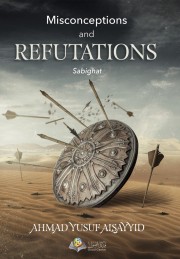 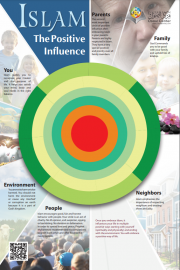