·To understand how the Friday prayer is conducted and who is required to pray.

·To appreciate the wisdom behind the Friday prayer.

·To learn the virtues of the Friday prayer.

· Imam - someone who leads the prayer.

· Adhan - an Islamic way of calling Muslims to the five obligatory prayers. 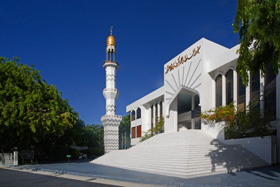 On Fridays, the Dhuhr (afternoon prayer) is replaced with a what is known as Salat ul-Jumuah. Salat ul-Jumuah consists of a short sermon and a congregational prayer. The Friday prayer cannot be done at home or prayed individually. That is why Muslims gather in a central mosque to pray and listen to a sermon, known as khutbah in Arabic. It is common for a designated Imam (prayer leader) to give the khutbah, but sometimes this is done by invited guests or general members of a community.

In the West, sermons are mostly delivered in English, however sometimes they are only in Arabic. In any case, at least part of the sermon is always in Arabic. The sermon is made of two parts. After the first part is over, the khatib (person delivering the khutbah) takes a short break and sits, and then resumes it. The quality of a sermon greatly differs depending on the speaker who might be a knowledgeable scholar of Islam or a lay person. The speaker will praise Allah and then discuss issues relevant to the Muslim community. Afterwards, the Imam will lead the congregation in a short prayer of two rakahs. Salat ul-Jumuah (the sermon and the prayer), usually lasts for an hour or less.

The Friday prayer is compulsory and required from all Muslim men. This is based on the Quran in which

O you who believe, when the call to prayer (Adhan) is proclaimed for the prayer on Friday, hasten to the remembrance of Allah and leave trade aside. That is better for you, if you did but know.

Prophet Muhammad has stated very clearly who is required to pray Salat ul-Jumuah and who is exempt:

The Friday prayer in congregation is an obligatory duty on every Muslim except four: a slave, a woman, a child, and a sick person

To be precise, Friday prayer is required from every Muslim male who has reached puberty. Others can attend it, but are not sinful if they don’t.

Additionally, Prophet Muhammad has given a stern warning against missing the Friday prayers.

People should stop missing Friday prayers otherwise Allah will put a seal on their hearts and thus they will be among the heedless.

1.    The Friday prayer brings local Muslims together in one place on a fixed day, thereby increasing the bonds of brotherhood between Muslims.

2.    The purpose of the khutbah (sermon) is to educate the Muslims and serves as a weekly reminder about their duties to Allah and fellow human beings. It warns against sin and disobeying Allah, and encourages to be good and to obey Allah.

3.    The topics are varied and often update the Muslims on current affairs and as Muslim what should be their role.

Friday is a virtuous day with many special qualities.

When it is a Friday, the angels stand at the gate of the mosque and keep on writing the names of the persons coming to the mosque in succession according to their arrivals. The example of the one who enters the mosque in the earliest hour is that of one offering a camel (in sacrifice). The one coming next is like one offering a cow and then a ram and then a chicken and then an egg respectively. When the Imam comes out (for the Friday prayer) they (i.e. angels) fold their papers and listen to the Khutbah.

This narration shows the reward of coming early to the Friday prayer. The earlier a person arrives, the greater his reward. The first arrival attains the reward of sacrificing a camel for Allah, but those who arrive later receive lesser rewards.

The best day on which the sun has ever risen is Friday. On it Adam was created, on it he was admitted into Paradise, and on it he was expelled from it, and the Hour will not be established except on Friday.

The purpose of this narration is to tell us of the magnificent events that took place on Friday or will take place. 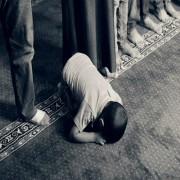 The Prayer of the Sick 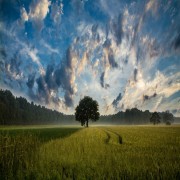 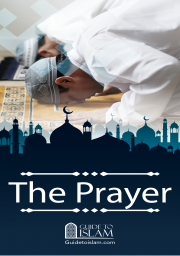