How did this universe come into Existence? why did it come into existence? Would it ever come to an end? Very deep philosophical questions that pervade the deepest recesses of human consciousness.

For most the simple answer was ‘God’ but that engendered other unanswered Questions, such as ‘who is the supreme being God? What is he like? what does he expect of us? This reflected a real and innate belief in God by human beings and their need to worship Him. Consequently human beings turned to the worship of God but each in their own way.

Oblations offered to stones,  humans prostrating to animals. gods fighting and killing each other. Other gods taking sides to some people against others.  Some believe in monotheism whereas others call for Trinity. others think that all this is nonsense and there is nothing there to be Worshipped. amongst all this looms one Question. Where is the truth?

statues of Buddha they will pray they will prostrate and seek forgiveness and repent Here also the statues of Buddha filled the temple even though historically Buddha himself did not order people to worship Him. Many also say that in Buddhism creed and belief in God is not the main focus.

The main focus is on the concept of alleviating suffering, on self-improvement and of things of that Nature. but as we can see worship plays its role and has its importance for the faithful as they pray to Buddha.

The persistence question that was buzzing in human minds till the time being. who is the creator? who deserves to be worshipped? who is controlling everything around us? In other words drowning in the sea after losing the final wooden wreck I was Holding to. whom do I call seeking for Help? This is quite similar to what happened during the time of Prophet Noah peace and blessings be upon him. His people had among them some respected elders which they greatly respected and later on venerated. After their death and they had made statues for them...with time they worshipped them.

saying  that man throughout history worship literally everything is it wrong at all man worshiped stones trees and wooden Statues... later he worshipped golden statues the Sun the Moon the stars the wind then he worshiped animals like cows and mice and he still does action and of course he worshipped other human beings.

In Christianity the concept of divinity took centre stage... several ecumenical councils  were held historically to deal with some of the controversial issues of the Christian Creed such as the Council of Nicaea in 325 CE  which spoke abou the essence of the Christian faith the doctrine of the Trinity... And later the Council of Chalcedon in 451 which dealt with the question of the nature of Jesus Christ and the reconciliation between his divinity and his humanity seeking to explain his divinity, the trinity proclaimed that there was one God the Father one Lord Jesus Christ and the only begotten Son of God and thirdly the Holy Ghost and these three are one. And if anyone thought that the son ship of Jesus detracted from his divinity, they added the phrases god of God light of light and very god of very God leaving no room for any doubt that Jesus Christ Was God incarnate on earth.  When observing all of the above I wonder why does ma have this feverish desire to have something to worship and prostrate to, to the extent of creating it by his own self than worship it. I couldn't find any explanation to this but that everyone has an urge need to worship something that exceeds him in power and strength; something to seek refuge in the time of hardship and deriving from it the spiritual strength that helps him to live.

In Judaism there's some debate about the significance of the belief in God. Many scholars argue that Judaism is more a religion of orthopraxy rather than orthodoxy with its focus more on practice and action rather than faith or Belief... and others may say otherwise.

In fact there are many names for God in Judaism: the most prominent of which is the tetragrammaton; the four-letter expression YHVH, pronounced by some as Yahweh and declared to be too sacred to be pronounced by many rabbis and there are other names such as El Shaddai the almighty and Elohim which connotes Justice. Yahweh, known as the God of Israel a phrase which the Bible is replete with and a concept which seems organically related to the national superiority of the Jewish people.

In ancient Egypt polytheism was rampant and the nexus of several religions was the Sun as in many other ancient religions there were many images and icons of these gods and they worshiped these images. Only the privileged priests would enter the temple, would bathe the image of the God, would feed it and clothe it and also worship it. There are 22 main religions in today's world,  900 million people who do not believe in God at all; they don't even care about the whole Matter, in addition to hundreds of different faiths and beliefs. All of these beliefs declare being the right one and many of them consider all the others infidels that will end up in the Hellfire after death. I wondered who is right then?

Now we're in a Hindu temple as you can See, the usage of the icons and the images is quite extensive as in many other religions and each of these images

is referring to one of the gods or some of the companions of the gods. Brahma is known as the Creator, Vishnu as the Preserver, Shiva as the destroyer and then you have Krishna who is an avatar or one of the avatars of Vishnu. But to some Krishna is the supreme god, but then you have Lakshmi who is the consort of Vishnu and the goddess of wealth and prosperity and this is precisely what many Hindus ask from Lakshmi. And you have other gods, and the focus changes from one Hindu denomination or group to Another.

Animals have also had their share of reverence and worship in different Religions... this is an example what the Hindus call the god Ganesha; a God with a human body and an elephant head. Actually many Egyptian ‘ ancient Egyptian’ deities are half animal and half-human. Serpents and snakes have also had their share of worship in the ancient Egyptian, African, Native American and even Hindu Traditions. In South America, the Jaguar was worshipped at one time. As for the issue of cows in Hinduism, some say they are just revered, others say they are Worshipped. Mahatma Gandhi- after making a comparison between his human mother and the cow- gave preference to the cow and therefore said yes I worship the cow and I will defend cow worship. Now the Hindu temple is closing and therefore they went to the individual gods and they gave them their food before they closed the curtain.

God all glory be to Him has sent thousands of prophets to humanity since their inception, with a comprehensive yet

simple message; worship God alone through sincere devotion and obedience and do not associate any partners with him. This was the essence of the message of every prophet beginning with Adam later Noah through to Abraham and later with the prophets of the Abrahamic traditions; Moses Jesus and Mohammad peace be upon them all, as each people would corrupt the original message that the particular prophet was sent to convey. God would send another prophet after him to set the people straight again... finally to conclude with the seal of the prophets Muhammad peace and blessings be upon him sent to all of humanity with the final Revelation: the Noble Quran.

one how to worship God in a way that pleases Him... therefore it is not to be left to the subjective whims and desires of the creatures of God. Finally the question remains: ‘ who do you worship? Who is your God? how do you worship God? This is the question that every person needs to ask themselves, and I ask you my dear Brother... my dear sister... my friend. I ask you to listen to that voice deep inside of you telling you that God Almighty cannot be like any of his creatures... that God Almighty must be unique... that God

Almighty is in a field of His own, and that the greatest and the most unequivocal and most absolute and most incontestable truth is the uniqueness, the oneness and the transcendence of God. God Almighty is one... God Almighty is the eternal refuge...

He is the one and only... The relationship with God is a direct one... Go to Him Directly... speak to Him directly ...complain to Him directly... seek forgiveness from Him without intermediaries ...Repent to Him without intermediaries... that is Allah; my God and your God and the God of all existence and all creation, whether they know it or not, whether they believe in Him or not,  whether they are a Christian or or a Jew or a Hindu or a Buddhist or any other denomination. He is God of all...

If you know Him, praise Him and worship Him.. if you are looking for Him, then pray for his guidance and you will find Him...

Quran recitation: ‘They said, “We worship idols and remain to them devoted.” He said, “Do they hear you when you supplicate?” “Or do they benefit you or do they harm?” They said, “But we found our fathers doing this” 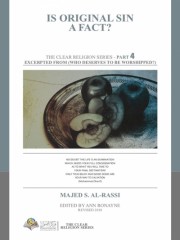 Is Original Sin A Fact? 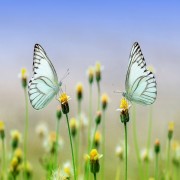 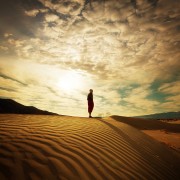