Initiate a conversation with the person and ask him if he agrees that we should use common sense, logic and rationale to arrive at important conclusions in life. This is very important as it sets the tempo for your conversation.

The person who you inviting to Islam may say that he feels his religion is truth or that he follows what his parents follow.

Then we need to talk about the issue between subjective and objective threads.

This means that some things that may sound true to an individual but there's no way to prove that to everybody else. But a scientific truth for example is something that anyone can see and prove.

The problem is that this is based on a person's feeling and it can be felt by anyone of any religion or beliefs but that does not mean that it can be proved to others, is just based on individuals' feelings.

We need to use common sense and reason in order to come into conclusions.

So, before you GO-RAP, we need to agree to have a conversation using common sense and reason.

For example, we can give the example of a man in red pants knocking your door or maybe any other absurd character, and he claiming he is the gas man,,,, and then, from there we GO-RAP

We use a basic type of reasoning on a mental level, we compare the information I know with the situation in front of us, in this case, how the gas man used to look like?  In general, things we know from our experience. Does the new situation match the previous experience? This is reasoning.

So, if you use reasoning to protect yourself and your property; what about something that is more significant than that?.... The very meaning of life itself….

Don't you think that we need to use reasoning to understand the meaning of life, why we are here, what's this all about?

Later they may reject reasoning, so you have to make them agree from the beginning on reasoning and common sense.

So, before going into GO-RAP you need to agree with them to use common sense and reasoning, then, give them several examples. This is what we use all the time to make decisions.

Even if the person says that he/ she does not want to use reasoning, so you can ask them the reason why they do not use reasoning? 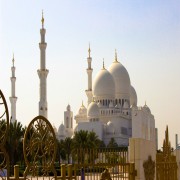 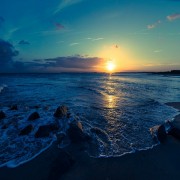