Islam was a persecuted religion in its earliest years. Conditions became so unbearable that the Prophet Muhammad ﷺ had to send some of his followers to Africa to escape the wrath of the Meccans, and he himself had to flee for his life to Medina. But even as the Muslims gathered in Medina, the Meccans initiated attacks against them to keep them under pressure.

The Prophet Muhammad ﷺ entered Medina to a warm welcome. Everyone, Arab and Jew alike, lined the streets to see the Meccan who claimed to be a prophet. As he wound his way through the streets, many people requested “Come stay in my house!”

The site of the great mosque of Medina was identified. Before construction started, however, there was a serious problem to attend.

The Muslims who had fled Mecca came with little more than the clothes on their backs. The Prophet Muhammad ﷺ mobilized the kind-hearted converts in Medina to the benefit of the hundreds of destitute Meccan refugees. He asked the people of Medina to “adopt” their brothers from Mecca and share half their property and wealth with them. Every family adopted one of the newcomers, and the immediate problem of refugees was alleviated. This brotherhood marked one of the most amazing achievements of the Prophet Muhammad ﷺ.

After it’s inception, the mosque became a kind of community center, city hall, classroom, prayer area, and homeless shelter for the steady stream of destitute new Muslims who needed a place to sleep at night.

The Prophet Muhammad ﷺ wrote a city charter, guaranteeing the rights of all citizens, and he also had his secretaries draft treaties of friendship with the local Jewish tribes and with other communities in central Arabia.

A large caravan, anticipated eagerly by the Meccans and laden with trade goods, was returning to Mecca from Syria. The master of the caravan, Abu Sufyan, became afraid that the Muslims of Medina might try to intercept it in response for the raids that the Meccans had been making. He sent a message ahead telling the Meccans to come to his aid. The Meccans, looking for any opportunity to move their people against the Muslims, decided to raise an army and attack Medina. They recruited a thousand well equipped warriors.

Back in Medina, the Prophet Muhammad ﷺ found out about the caravan and the looming threat. He managed to put together a poorly equipped, but dedicated force of 313 men. After a couple of days of hard marching, they arrived at the wells of Badr first. Abu Sufyan decided to avoid the wells of Badr altogether and was safely on his way back to Mecca, but the Meccan army disregarded his written pleas to retreat.

The two armies faced each other in the month of Ramaḍan. The Muslims were physically outnumbered, but with the help of God, they overcame the army of Quraysh who began to retreat.

The true moral character of a victorious army cannot only be seen in their conduct during war, but after the conflict has ended. The Prophet Muhammad ﷺ ordered that the prisoners of war be well-treated and fed properly. Some companions took the words of the Prophet so seriously that they gave their prisoners bread to eat while they settled only for dates themselves. They were even given better clothes to wear than the Muslims wore themselves. Under Prophet Muhammad’s ﷺ orders, captured soldiers were given their freedom if they each taught ten Muslims to read.

In Mecca, there was only one enemy, the Quraysh. In Madina, two new hostile forces arose, particularly after the Battle of Badr.

The most dangerous of these enemies, came from within. There were still several Arabs in Madina who were loyal to idol worship and hated Islam such as ʿAbdullah ibn Ubayy and his followers. However, after the victory at Badr, most of them saw a political advantage of pretending to be Muslim. However, the Prophet ﷺ never singled out anyone and taught his followers to judge people by their actions, since only God knows their real intentions. Many of these hypocrites secretly conspired with the Quraysh by night, while praying side by side with the Muslims by day.

The second threat came from the Jewish tribes that had lived both inside and around Madina for centuries. Some of the Jews did accept Islam. One of the leading rabbis of Madina, ʿAbdullah ibn Salam, acknowledged that the Messenger of Allah ﷺ was mentioned in the Torah. Upon arriving in Madina, the Prophet ﷺ had made a treaty with the Jewish tribes to clearly define relations between them and the Muslims. Among the main elements of the agreement were that both the Muslims and Jews were free to practice their own religion and they would mutually support one another in case of foreign enemy attack.

The Meccans were not at all content with their defeat at Badr. A year later, the Meccans managed to organize an even larger army of 3,000 men and set out to challenge the Muslims once again. Their destination was a small mountain called Uhud, which stood just outside of Medina. When the Meccan forces arrived on the field of battle, ʿAbdullah ibn Ubayy, the leader of the ‘hypocrites’ decided to abandon the Muslim army and pulled out 300 of his men with him. The disheartened Muslims now had only 700 troops to meet 3,000. At one point in the battle, the Prophet ﷺ was knocked off his horse and a rumor began to spread that he had been killed. Some of the companions were on the verge of giving up, when the rumor proved to be false. The companions surrounded him and shielded him from the arrows being fired in his direction. One sword managed to make its way through the shields and hit the Prophet’s ﷺ face. He lost one of his teeth and two chain links from his armor sunk into his cheek. Despite the gravity of the situation, the Prophet ﷺ only said, “Allah, forgive them for their ignorance!” (Muslim) Many companions gave up their lives defending the Prophet ﷺ during the bloody episode, but their lives were not in vain. The Prophet ﷺ and his companions managed to fend off the onslaught and ascended a safe peak, out of reach of the enemy.

Seventy Muslims lay dead on the battlefield while only twenty-two Quraysh were killed. Unlike the Muslims, pagan Arabs had little respect for human corpses. The bloodthirsty Meccans mutilated the bodies of the fallen Muslims and their body parts were worn as trophies (Bukhari). The Prophet ﷺ was particularly grieved by the loss of his uncle Ḥamzah, whose body was brutally mutilated. The Prophet’s ﷺ face continued to ooze out blood until his daughter cauterized the wound (Bukhari). Verses were revealed to the Prophet ﷺ making it clear that the calamity was a result of the spiritual disease of greed.

Battle of the Ditch

The two Jewish tribes of Banu Qaynuqa and Banu Nadir both broke their treaties and in were consequently expelled from the city. The last Jewish tribe, the Banu Quraiza, still lived peacefully with the Muslims.

Huyayy, the chief of Banu Naḍir, went to Mecca to incite a final attack against Madina. He easily managed to convince the Quraysh that it was time for one final assault against the Muslims. Abu Sufyan began to recruit allies from different parts of Arabia and was able to muster 10,000 warriors, the largest Arabia had ever seen!

A Persian convert named Salman al Farsi suggested digging a wide and deep trench along the exposed front section of the city, while the walls in the rear of the city could be blocked and fortified. After two weeks of full-time effort, there was a fifteen foot deep trench virtually surrounding the entire city. The trench was finished just before the enemy arrived. For almost a month the frustrated Meccans tried to breach the trench, but their men were beaten back every time under a furious rain of arrows. The cavalry was, of course, useless because the chasm was too wide to jump. The Muslims inside the city were running low on food, but their spirits were high. The Banu Nadir, however, succeeded in getting the Banu Quraiza to join the alliance. They held the rear flank of the city and could attack the Muslims from behind. The siege lasted for almost a month. Eventually, a fierce desert sandstorm blew over the plains the next night, and the alliance broke apart. Abu Sufyan finally decided to give up and the allies returned, unsuccessful. The once proud coalition dissolved and quit the siege.

Biblical Prophecies on the Advent of Muhammad , the Prophet of Islam 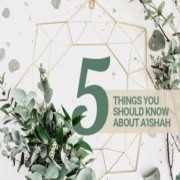 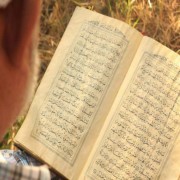