Brown University molecular biologist Kenneth Miller said: “The categorical mistake of the atheist is to assume that God is natural, and therefore within the realm of science to investigate and test. By making God an ordinary part of the natural world, and failing to find Him there, they conclude that He does not exist. But God is not and cannot be part of nature. God is the reason for nature, the explanation of why things are. He is the answer to existence, not part of existence itself.”

In the words of Prophet Ibrahim (Abraham, peace be upon him):

“I have turned my face to Him Who created the heavens and the earth as a Hanif (i.e. an upright believer and worshiper of God alone), and I am not of those who associate gods with God.”

“I have turned my face…”: I have directed my face and my heart to the love and worship of the Maker and Originator of the universe, Who created it without a prior model.

“As a Hanif …”: As one who inclines to truth, to God, and stays away from all false doctrines and religions.

It was narrated that a Bedouin was traveling on his camel when his camel suddenly dropped dead. He descended from the camel’s back and started circling it while meditatively saying:

Why don’t you get up?

Why don’t you come back to life?

Here are your limbs! They are perfectly complete and your body is sound!

What is the matter with you?

What used to keep you going?

What worked in you to make you alive?

What caused you to die?

What stopped you now from moving?

Then he left his camel in amazement, wondering what had happened to it. 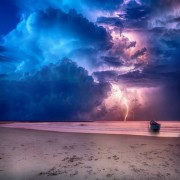 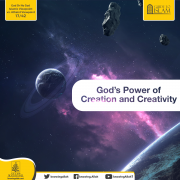 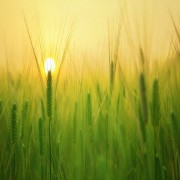