Fyodor Dostoyevsky succinctly captures the moral consequences of a godless view of the world as follows: “If you were to destroy in mankind the belief in immortality, not only love but every living force maintaining the life of the world would at once be dried up. Moreover, nothing then would be immoral, everything would be lawful, even cannibalism.”

While evidence is not lacking to support God’s existence, denial of God’s existence on the basis of His invisibility does not tell the whole story. A license for a human to do whatever they feel like doing, without guilt, is only possible in a universe without a moral code – a universe without God. Aldous Huxley, writing in Confessions of a Professional Free-Thinker, candidly proclaims that many atheists are not so for intellectual reasons, but for moral ones:

I had reasons not to want the world to have meaning, and as a result I assumed the world had no meaning, and I was readily able to find satisfactory grounds for this assumption… For me, as it undoubtedly was for most of my generation, the philosophy of meaninglessness was an instrument of liberation from a certain moral system. We were opposed to morality because it interfered with our sexual freedom.

According to Huxley’s confession, at the heart of atheism is not the rejection of God’s existence but the choice, and the decision, not to obey God. This is what the Qur’an confirms by saying:

“They know the favor (blessing) of God and then deny it.”

Linguistically, “Kufr” is derived from the verbal root k-f-r, which literally means to conceal or cover something that actually exists or a basic truth that is evident all around, which the disbeliever tries to deny. Every human being instinctively knows that God exists, and their mind recognizes God’s existence (through the intellectual evidence that God has placed within human beings and their surrounding world). Islamic Scholar Nadeem Al-Jisr expounded on this, saying: “The idea of God’s existence does not create a mental contradiction; rather, the negation of this idea is what creates a mental contradiction.” Atheism is not a matter of not knowing, but a matter of refusing to know, as the Islamic thinker Mustafa Mahmoud explained.

Atheism in its reality is a voluntary psychological position (and not a mental one) that a person adopts due to not wishing to imagine that there is a power above man to which he must submit and obey, and before which he will be accountable for his deeds. 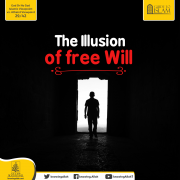 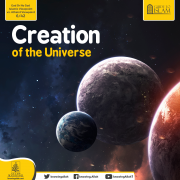 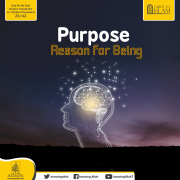