Kindness is a central teaching of Islam.

The Quran on Kindness

“Indeed, God is kind and merciful to the people.”

“There has certainly come to you a Messenger from among yourselves. Grievous to him is what you suffer, for he is concerned over you and to the believers he is kind and merciful.”

“Then We sent Our messengers in their footsteps and followed them with Jesus, the son of Mary, and gave him the Gospel. We placed in the hearts of those who followed him kindness and mercy.”

“Woe to those who pray, who are heedless of their prayer, who pray to be seen and withhold small acts of kindness.”

The Prophet Muhammad ﷺ On Kindness

“O Aisha, Allah is kind and He loves kindness in all matters.”

“If God the Exalted intends goodness for a household, He lets gentleness come over them.”

“The believer is gracious, for there is no goodness in one who is neither kind nor friendly.”

“Whoever is not merciful to others will not be treated mercifully.”

In many traditions, the Prophet Muhammad ﷺ reminded his followers that the blessings we have in this world do not belong to us, but are a trust from God. It is our duty to share them with those less fortunate. In addition to the zakah (required charity), Islam implemented systems whereby slaves (when they existed) would be set free and neighbors would care for neighbors. Even those who are limited in means can give in charity.

“Help someone in his work, or make something for someone who cannot make it himself. If you cannot, then at least restrain yourself from doing harm to anyone, for that also is a charity.”

“Each person's small bones must perform an act of charity every day the sun comes up. To act justly between two people is a charity. To help a man with his mount, helping him onto it, or hoisting up his belongings onto it, is a charity. A good word is a charity. Every step you take towards prayer is a charity. And removing a harmful thing from the road is a charity.”

Muslims are reminded in the Quran not to boast about their charitable donations:

“O you who believe! Do not cancel your charity, by giving reminders of your generosity, or by injury, like those who spend their wealth to be seen by men, but believe neither in God nor in the Last Day”

The Prophet Muhammad ﷺ often told stories of people to serve as examples to others. In one case, he told a story of a man who passed by a road and found a thorny branch in the middle of the path. He removed the branch so that it would not be an inconvenience to people. When the Prophet Muhammad ﷺ told the story, he added,

“God appreciated his action and forgave his sins.”

A Muslim's kindness should extend not only to people but also to animals. In another story, the Prophet Muhammad ﷺ told of a dog that was circling around a well, suffering from extreme thirst. A woman saw the animal in this condition, so she drew some water and gave it to the dog to drink.

“God appreciated her action and forgave her sins, simply on account of this kindness,”

he said. His companions who were listening to the story asked the Prophet Muhammad ﷺ,

“Are we rewarded for our kindness towards animals as well?” He answered, “There are rewards for kindness to every living being.”

While in the company of the Prophet Muhammad ﷺ, a man once took an egg from a bird's nest. This caused the mother bird to get upset and begin circling around Muhammad's ﷺ head.

“Who stole this bird's egg?” The man admitted that he took the egg. The Prophet Muhammad ﷺ then told him, “Put it back, and have mercy.”

In another account, the Prophet Muhammad ﷺ warned those people who treat animals with cruelty. He told his companions that a woman was doomed to Hellfire because she put a cat in a closet until the cat died from starvation.

“She did not give the cat anything to eat or drink, nor did she let the cat free to hunt for its food.”

"We have sent down to thee the Book explaining all things, a Guide, a Mercy, and Glad Tidings to Muslims "

Manifestations of mercy in Islam 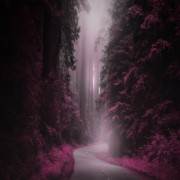