Do you realise that Newton could have been condemned to death or imprisonment, as Galilei before him, and he would have had to abjure his own scientific research? He would have had to do that if he had spoken out and expressed his convictions. At the time, this was considered a crime liable to capital punishment.

Newton believed that the concept of the Trinity is insupportable. He had to face problems because of his belief. When Newton joined Trinity College at the University of Cambridge, he was required to take orders and be ordained as a priest. But he continued to put this off indefinitely. When he was selected for the Lucasian Chair, he addressed a personal appeal to King Charles II requesting that he be exempted from this requirement because he did not believe in the Trinity. His appeal led to the final cancellation of this requirement.

Put plainly, Newton believed in the One God. Amazingly, his concept of God and Jesus was close to the Islamic concept. His biographer, Richard Westfall, writes: ‘Newton recognized Christ as a divine mediator between God and man who was subordinate to the Father who created him’.

Newton, then, considered Jesus an intermediary between God and man and that he was subject to his Creator.

Indeed, God’s messengers have such intermediary role between God and His creation, and they are subject to God’s will like all creatures.

Newton followed Arius who was a Unitarian and rejected Athanasius who believed in the Trinity. Newton believed in an omnipotent and omniscient God. Newton says in his Twelve Articles on Religion, published around 1710: This most beautiful system of the sun, planets and comets could only proceed from the counsel and dominion of an intelligent and powerful Being…

There is one God, the Father, ever-living, omnipresent, omniscient, almighty, the maker of heaven and earth and one mediator between God and man. That man is Christ Jesus.

We are to return thanks to the father alone for creating us and giving us food and raiment and other blessings.

Newton studied the Gospel more than he studied any other thing and he arrived at the conclusion that numerous texts were introduced and inserted into the Gospel asserting the divinity of Jesus Christ. These texts were not part of the Gospel before.

The Islamic belief is that stated by God in the Qur'an: ‘The only true faith acceptable to God is [man’s] self-surrender to Him.’ And it's the message of all messengers and prophets. Adam, Noah, Moses, Jesus and Mohamed. It's one message from god.

Newton come very close to this idea when he said ‘The first religion was the most rational of all others till the nations corrupted it.’ 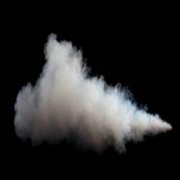 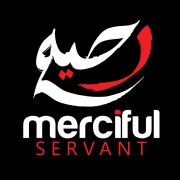