After three years of secret preaching of Islam to individuals a group of first believers emerged, firmer than mountains, closer than brothers, ready to shoulder and convey the Message, following which the Prophet (pbuh) received the Divine Command  of  declaring  the  Call  to  the  Quraish:

The Messenger of Allah (pbuh) complied, and on Mount As- Safa near the Sanctified Ka‘bah, he (pbuh) rose and started calling, “O Banu Fahr! O Banu ‘Adi!,” addressing the clans of Quraish until they assembled. Any man who could not come himself sent a messenger to see what was happening. Abu Lahab and the people of Quraish arrived. The Prophet (pbuh) then said,

Suppose I told you that there are horses (cavalry) in the valley intending to raid you, would you believe me?” They said, “Yes. We have not known you to tell anything other than the truth.” He (pbuh) said, “Truly, I am a warner to you before a severe torment

People dispersed after hearing the ultimatum. Abu Lahab, the Prophet’s uncle, responded evilly, saying to the Prophet (pbuh): “Perish you all day! Is it for this (purpose) you have gathered us?” In  consequence,  Allah  Almighty  revealed17:

Perish  the  two  hands  of Abu Lahab, and perish he! His wealth will not avail him or that which he gained 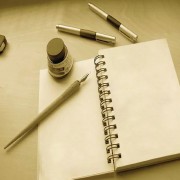 The life of Prophet Muhammad