·       To offer ideas and methods to get the most out of the last ten nights of Ramadan.

·       Itikaf  - the practice of secluding oneself in the mosque with the intention of becoming closer to Allah.

·       Laylat al-Qadr - a blessed night in the last ten days of Ramadan, the month of fasting.

·       Taraweeh - These are special prayers performed in Ramadan after Isha prayers and in which long portions of the Quran are recited.

Ramadan is a month of fasting, reading the Quran, and extra prayers; it is the month of good deeds and generosity. The last ten nights of Ramadan are particularly special. Prophet Muhammad would use these nights to exert himself in worship and generosity. The first of these nights occurs on the eve of the 21st day of Ramadan. In other words, it is the night that commences after the completion of the 20th day of fasting.

Since as Muslims we strive to be like Prophet Muhammad in as many ways as possible this is a time to ask ourselves what we can do to take full advantage of the special nights ahead.

One of the most beautiful and special parts of Ramadan is the opportunity to attend taraweeh prayers. They are offered throughout the month. It makes a person feel as if they are part of the thriving community of Muslims and it is a chance to really concentrate on the recitation of the Quran and the words of Allah. If you have not been attending taraweeh or have not really put your heart and soul into praying these prayers then the last ten nights of Ramadan are an opportunity for you to increase your worship. While most mosques offer taraweeh prayers after Isha prayer, you will find that some also offer you the opportunity to pray more voluntary prayers in congregation later in the night. If you are able to attend these extra prayers offered usually after midnight but before the dawn prayer, you will find many benefits, including the special closeness to Allah that can only be experienced in the last part of the night. “Our Lord descends each night in the final third of the night, and

A believer can also use the time between prayers to make longer heartfelt dua.

Whoever prayed at night in it (the month of Ramadan) out of sincere faith and hoping for a reward from Allah, then all his previous sins will be forgiven

The rewards and blessings associated with this night are many. There are many references to Laylat al-Qadr in the traditions of Prophet Muhammad. Some of these indicate that Laylat al-Qadr falls on one of the last ten nights of Ramadan, others point to it being an odd numbered night in the last ten nights. Muslims are told in the Quran that praying throughout this one night is better than a thousand months of prayer. For this reason alone it would be wise for a person to seek out this blessed, holy night by taking worship in these last nights very seriously.

Itikaf is a type of retreat when a person does not leave the mosque and the remembrance of God except when it is absolutely necessary such as going to the bathroom.

Renowned Islamic scholar Ibnul Qayyim described the greater goal of itikaf.  “His (a person in Itikaf) thoughts are all of remembrance of God, and thinking of how to attain His Pleasure and what will cause nearness to Him. This leads him to feel contented with God instead of the people, so that prepares him for being at peace with Him alone on the day of loneliness in the grave, when there is no one else to give comfort, nor anyone to grant solace except Him.”

Ramadan is a time of quiet reflection and a perfect opportunity to make  extra dua. This is especially true for the last ten nights and we should take the opportunity to make long and heartfelt dua to Allah. Aisha always made an effort to maximise her worship. In order to do this she asked Prophet Muhammad what she should say when making dua in the hope of catching Laylat al-Qadr.

I said, ‘O Messenger of Allah, if I know which night is Laylat al-Qadr, what should I say on that night?’ He said, ‘Say: Allaahumma innaka ‘afuwwun tuhibb al-’afwa fa’affu ‘anni’ (O Allah, You are forgiving and You love forgiveness, so forgive me)

A postscript for menstruating women

Ramadan is a month like no other. It is a month of spiritual reflection and prayer where hearts are directed away from worldly activities and towards God. As described above the last ten nights are singled out as a time for extra effort. Activities inside the mosque such as itikaf and taraweeh prayers are often emphasised and many women unable to attend the mosque, due to menstruation or after childbirth feel that they are unable to maximise this time and gain the extra benefits.  This is not correct.

There are many things that women in their menses can do at this time, and in fact they are things that anyone can try to do during the whole month of Ramadan. For instance the menstruating women can use this time to cook and feed more fasting people in Ramadan, she can listen to Islamic lectures, make more and longer supplications, read books explaining the deeper meanings of the Quran, listen to recordings of the Quran and contemplate God with words of remembrance. All these things are great ways to celebrate the last days of Ramadan. The acts that menstruating women are excluded from form a very small part of the acts of worship surrounding this blessed month. 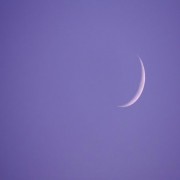 How to Fast Ramadan? 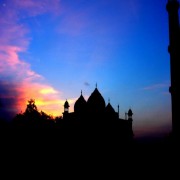 The Virtues of Ramadaan

Ramadan the month of blessings