Role Models in Islam (part 1 of 2): The First Generation of Muslims

· To understand the importance of role models.

· To learn about the best qualities of the companions of Prophet Muhammad.

· Sahabah - the plural form of "Sahabi," which translates to Companions.  A sahabi, as the word is commonly used today, is someone who saw Prophet Muhammad, believed in him and died as a Muslim.

· Sunnah - The word Sunnah has several meanings depending on the area of study; however, the meaning is generally accepted to be, whatever was reported that the Prophet said, did, or approved.

It has been estimated that up to 95% of all human behaviours are learnt through looking up to role models. However, even if it were only partially true it is a very good reason to choose positive role models, for ourselves and our children. Sadly, in today’s 24/7 media saturated environment we are more likely to choose role models from the field of sports and entertainment without trying to differentiate between a role model and a hero.  A hero is someone you admire perhaps for his sporting prowess or for her superb acting ability but do they lead the kind of lives that we should want to emulate?  Role models, on the other hand, are people who possess the qualities that we would like to have and people who have affected us in a way that makes us want to be better human beings. For instance it is from role models that we learn how to handle life’s problems.

It is easy to be influenced by the people around us and whom we look up to.  It is easy to take on their mannerisms and qualities without being aware of it.  If these are good qualities then it is a good thing, but what if the people you consider as your role models have pushed you away from the remembrance of Allah?  This could be a disaster. Fortunately Islamic history is peppered with amazing role models - men, women and children - from whom we learn how to be great mothers, fathers, teachers, friends, students, etc. Positive displays of good morals and manners, determination, will power, and high ethical standards help others emulate these positive attributes.

According to Islam, the best human beings are the prophets. After that, the best human beings are companions, disciples, and followers of the prophets.  Of course the greatest example of exemplary behaviour in any given situation is Prophet Muhammad himself. We know from his authentic traditions – the Sunnah, that his character was the Quran, meaning that he lived and breathed all that the Quran teaches. When we are looking for role models we need look no further than the Prophet himself and those who surrounded him in the early days of Islam. In fact, when following the sahabah we are following Prophet Muhammad because they did not learn Islam from anyone other than him. Indeed their virtues are many; for they are the ones who supported Islam and spread the faith, fought along with the Prophet, and transmitted the Quran, Sunnah and the Islamic rulings. They sacrificed themselves and their wealth for the sake of Allah. We love them for they loved Allah and His Messenger.

Prophet Muhammad said, "The best of people is my generation, then those who come after them, then those who come after them." The sahabah did not all have the exact same personalities, backgrounds, mindsets, outlooks, or tastes. They were all unique; however they were united upon Islam. As Muslims, we too are not all the same. We are able to take distinct lessons from each of the sahabah; we are able to learn from their experiences. Some were gentle, others were strict; some were learned men and women, while others were unlettered. Some of the sahabah were ascetic while others were the millionaires and leading entrepreneurs of their time. It is from the mercy of Allah that He has given us so many role models for behaviour, character, and conduct. Let us continue our exploration by looking at two of Prophet Muhammad’s closest friends.

Abu Bakr was a successful merchant with a reputation for honesty and kindness. He was the first adult man to convert to Islam, and accepted Prophet Muhammad’s message instantly. Prophet Muhammad said that if he were to weigh the Imaan of Abu Bakr it would outweigh that of the entire Ummah. Abu Bakr excelled in every form of worship and was known as "As-Sabbaaq" – meaning the one who wins in every competition. Umar Ibn Al-Khattab once donated half of his wealth to fund the Battle of Tabuk, hoping to outdo Abu Bakr, only to find out that Abu Bakr had already donated his entire fortune. Abu Bakr was tender-hearted and compassionate. He sympathized with the poor and pitied the miserable and when reciting Quran, he would weep.

Umar Ibn Al-Khattab went from being one of the strongest opponents of Islam to one of its staunchest believers. Umar was a pioneering figure in the Islamic world. He was a leader, a statesman, a pious and God-conscious Muslim who showed respect for all individuals including non-Muslims and he ordered the Muslims to treat non-Muslims with respect. He showed us how to apply the Quranic injunction ‘there is no compulsion in religion’. Umar was known for his power, and strength and he used this, his bold intellect, and his far-sighted wisdom for the sake of Islam and for the empowerment of Muslims. Prophet Muhammad called Umar "Al- Farooq" - the Criterion between good and evil. 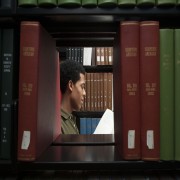