· To learn to study in a systematic way, focusing on the most important things first.

· Sahabah - the plural form of “Sahabi,” which translates to Companions.   A sahabi, as the word is commonly used today, is someone who saw Prophet Muhammad, believed in him and died as a Muslim.

· Hadith - (plural – ahadith) is a piece of information or a story.  In Islam it is a narrative record of the sayings and actions of Prophet Muhammad and his companions.

Becoming a Muslim is as easy as reciting the shahadah (or the Testimony of Faith), but living Islam requires that each and every person seek knowledge about their new religion.  Once a person has accepted Islam he or she then becomes obligated to learn how to worship Allah in a way that pleases Him. From the many thousands of authentic ahadith we have access to, we find that Prophet Muhammad vigorously pointed out the importance of seeking knowledge.

“Seeking knowledge is an obligation upon every Muslim.”

Sahabah about Allah the Almighty for 13 years before he began to introduce a system of rules that bought about the Islamic nation.  Knowledge of Allah and belief in Him constitutes the very foundation of Islam.

Once a person believes that Allah exists he must seek out the knowledge that will cement this belief in his mind and heart.  A person must learn Allah’s Attributes and Names in order to understand that every perfection and absolute goodness belongs to Him, and no defect or wrong applies to Him.  In short, the love of Allah for His creation is immense and beyond human imagination; we cannot measure or count the bounties and blessings He bestows upon us.  He creates in humankind the mind to understand this and to seek out knowledge to confirm this.

Belief in Allah is the first article of faith, and professing that belief is the first of five pillars of Islam. Thus it is clear that believing in Allah and knowing about Him is one of the two most important pieces of knowledge a Muslim will ever gain.  The other is learning how to pray.

Any Muslim who fails to perform the prayer without a valid excuse is committing a serious sin.  However having said that it must be borne in mind that Allah is not in need of any person’s prayer because He is free of all needs, however human beings are in need of prayer.  The benefits a person can derive from prayer are immeasurable.  It purifies the heart, comforts the soul, develops the mind, fosters morals and good manners and repels evil, indecent or unjust deeds.

The Islamic prayer combines a sequence of physical movements with recitation of the Quran and becomes a unique connection between the human being and his Creator.  Prayer begins with the opening chapter of the Quran and includes bowing and prostrating while proclaiming God’s greatness, glory and majesty.  Learning how to pray is one of the most important pieces of knowledge a Muslim will ever learn. 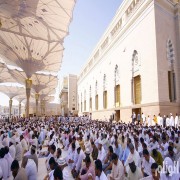 Role Models in Islam (part 1 of 2): The First Generation of Muslims