“Limitless is your Lord in His mercy…”

God Almighty is full of love and kindness to His creation. All blessings and goodness in this world and the next are clear proofs of His Mercy. Indeed, Islam teaches that God is more merciful toward us than our own mothers. How can it be otherwise, when some of God’s names and attributes include:

These names all indicate that God is characterised by mercy, goodness and generosity. They testify to the vastness and perfection of His Mercy, which He blesses all of His creation. This same creation is addressed by God, when He says, “O son of Adam, were you to come to Me with sins nearly as great as the earth and were you then to face Me, ascribing no partner to Me, I would bring you forgiveness nearly as great as the earth.”

“Then which of the Blessings of your Lord will you deny?”

Throughout life, people continually receive Allah’s blessings, be it good health, sight, hearing, nourishment, clean air, children, wealth and countless others. Some use their God-given gifts of intelligence and reasoning to acknowledge these blessings, grasp the purpose of their existence, and thereby submit themselves to Allah. Others, however, do not appreciate the Mercy of Allah toward their own selves, even though He feeds and sustains them despite their disobedience toward Him. They are given mobility, enjoyment, freedom of thought and action, despite their outright denial of Him. Their very existence would not be, were it not for the Mercy of Allah.

Ultimately, everyone has the free will to acknowledge their blessings, use them in a manner ordained by Allah (the Lord of mankind) and worship Him alone. Below, we have outlined a glimpse of such blessings, because

“… if you were to try and count the favours of Allah, you could not enumerate them. Indeed, Allah is Forgiving and Merciful.”

“It is He Who has sent down the Book (the Qur’an) to you (Muhammad) with truth, confirming what came before it. And He sent down the Taurah and the Injeel (the original revelations revealed to Prophets Moses and Jesus respectively).”

From the beginning of creation, man was not left to face the struggles of life alone. Due to God’s Mercy, man received revelation through Prophets, who conveyed and taught it to their people to guide and protect them. The most perfect and merciful of revelations was the Qur’an and the last of the prophets was Muhammad (peace be upon him).

The Qur’an – the final revelation – superseded and abrogated previous revelations, and is the ultimate mercy and guidance for mankind. Just as God sent Messengers in the past, He also sent mankind a living, perfect and practical example of how the Qur’an’s teachings of mercy and justice should be practically applied in our daily lives. This example was Prophet Muhammad (peace be upon him) – a mercy to mankind.

“And We (God) have not sent you (Muhammad) except as a mercy for mankind.”

Following are just some of the Prophet’s sayings which are indicative of his mercy, kindness, tolerance and beautiful teachings:

How desperately do we, as a society, and in these times, need such beautiful advice?

Mercy Towards The Creation

TThe creation of human beings and all their faculties is a great mercy in itself. The fact that we can get out of bed, work, eat, play and sleep should make us grateful.

“And out of His Mercy He made for you the night and the day that you may rest therein and [by day] seek from His Bounty and [that] perhaps you will be grateful.”

A spouse is one of the greatest of mercies, a means to tranquillity and affection.

“And of His signs is that He created for you, from yourselves, mates that you may find tranquility in them; and He placed between you affection and mercy. Indeed in that are signs for a people who give thought.”

Another mercy is the fact that He created us sinless and will not hold us to account until the age of maturity and decision making. This is in stark contrast to the “Original Sin” concept in Christianity.

Forgiveness of sins is another example of Allah’s Mercy, as Allah knows we are imperfect and commit mistakes. The fact that believers commit sins does not mean that we should lose hope of Allah’s Mercy or that we have exhausted Allah’s Forgiveness.

“O My servants who have transgressed against their souls! Do not despair of the Mercy of God: for God forgives all sins: for He is Oft-Forgiving, Most Merciful.”

Even animals are not exempt from Allah’s Mercy. They have faculties of hearing and sight, are provided with sustenance and offspring, and are granted many other blessings. Allah’s Mercy envelops them to the point that because of one single portion of Allah’s Mercy sent to earth, “…His creatures are merciful to each other, so that even the mare lifts up its hoof away from its baby animal, lest it should trample on it.”

The Merciful Creator ensures that every creation is looked after – from the fish in the depths of the ocean, to the insects in the earth, and the birds in the skies – all are sustained by Him.

How to increase Allah’s Mercy upon us

“Indeed, the mercy of Allah is near to the doers of good.”

Due to God’s Mercy, He has promised to forgive and pardon whosoever follows the appropriate means as mentioned in the following verse:

“And surely, I am indeed forgiving to him who repents, believes (in My Oneness, and associates none in worship with Me) and does righteous good deeds, and then remains constant in doing them.”

Part and parcel of having the correct belief is believing and obeying the final Messenger, Muhammad (peace be upon him).

In short, the people who receive more of Allah’s Mercy are those who have acknowledged His blessings and favours; used them in a way which pleases God; spent their God-given wealth in charity and to look after the needy; employed their hands to care for orphans; utilised their gift of speech to speak good; and performed other honourable acts ordained by God.

The Prophet (peace be upon him) said:

Below, are some ways to attain God’s Mercy.

“Obey Allah and the Messenger that you may obtain mercy.”

By following the teachings of mercy and justice found in the Qur’an:

“And this is a blessed Book We have revealed; therefore follow it and protect yourself (against evil), that mercy may be shown to you.”

“Keep up prayer and pay the compulsory charity (to the needy) and obey the Messenger, so that mercy may be shown to you.”

Sincerely asking for Mercy from God.

“Our Lord! Make not our hearts to deviate after you have guided us aright, and grant us mercy from Yourself; surely You are The Bestower.”

“Verily, for the Righteous, are Gardens of Delight, in the Presence of their Lord. Shall We then treat the People of Faith like those who do not believe? What is the matter with you? How do you judge? ”

Allah is the Most-Merciful, however, He is also Swift in Reckoning. One cannot try to deceive Allah and take advantage of His Mercy by constantly committing the same sins without sincere repentance or resolving never to go back to the sin again.

“And of no effect is the repentance of those who continue to do evil deeds until death faces one of them and he says: ‘Now I repent;’ nor of those who die while they are disbelievers.”

Muslims are encouraged to have hope of reward for good deeds, while being concerned about sins they may perform. When they commit sins, they repent sincerely, and are hopeful of being forgiven.

And finally, they feel content with the words of their Creator, and keep it close to their heart:

“Surely Allah is Most Gentle, Ever Compassionate to people.” 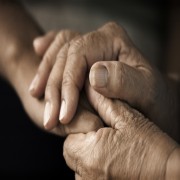 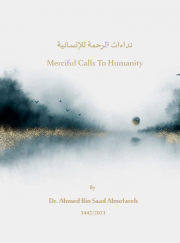