The athan (call to prayer) has a huge significance with Muslims. Its sound sends security, calmness and joy into the souls of those who hear it. Their desire to listen to the athan never ceases despite hearing it time and time again.

The call reminds Muslims of the five obligatory prayers, which is one of the most important commands of God Almighty. The reason for this importance is to prevent the Muslims’ connection with their Lord from being interrupted.

The athan serves as a reminder for Muslims to carry out what God Almighty has decreed and to prevent getting caught up in the worldly affairs of the temporary world.

There is no reason to be bothered by the soft, soulful sound that is a statement of God’s Mightiness and Oneness. The Muslims repeat the athan as it is being called, so that the deep meanings of the athan may become established in their self-conscious and share the athan’s virtue with its caller.

The call which the faithful people rush to answer and illhearted creatures flee from, is mentioned by the Prophet Muhammad, may the mercy and blessings of God be upon him, said,

“When the athan is pronounced Satan takes to his heels (and flees)… in order not to hear the athan.” (Al Bukahri # 608).

Author, Edward William Lane, mentions in his book, (An Account of the Manner and Customs of the Modern Egyptians): “The sound of the athan is totally wondrous, especially in the calmness of the night.”

During the time of Prophet Muhammad, may the mercy and blessings of God be upon him, God informed us about a nation of people, whom used to make fun of the caller to prayer whenever the prayer would be called. This was considered making fun of both the athan and the prayer, which are considered acts of worship.

The reason for their actions was their lack of respect and foolishness, which led to the ignorance towards the truth and unsavory mocking. Had this group used common sense or the least level of thoughtfulness, then they would have given the athan and its glorious meanings, deeper thought and not dared to carry out such disrespectful acts and behavior.

Athan (The Islamic Call to Prayer) - By Sheikh Ali Mahmoud 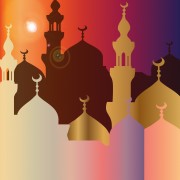 Athan (The Islamic Call to Prayer) - By Sheikh Mohammad Refaat

Athan (The Islamic Call to Prayer) - By Sheikh Hassan Zabidi