The Phenomenal Growth of Islam

At the end of this chapter, it may be appropriate to point out an important indication of the truth of Islam.  It is well known that in the USA and the whole world, Islam is the fastest-growing religion.  The following are some observations on this phenomenon:

“Islam is the fastest-growing religion in America, a guide and pillar of stability for many of our people...” (Hillary Rodham Clinton, Los Angeles Times).1

This phenomenon indicates that Islam is truly a religion from God.  It is unreasonable to think that so many Americans and people from different countries have converted to Islam without careful consideration and deep contemplation before concluding that Islam is true.  These converts have come from different countries, classes, races, and walks of life.  They include scientists, professors, philosophers, journalists, politicians, actors, and athletes.

The points mentioned in this chapter constitute only some of the evidence supporting the belief that the Quran is the literal word of God, that Muhammad  is truly a prophet sent by God, and that Islam is truly a religion from God. 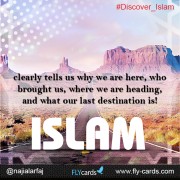 Islam clearly tells us why are we here , who brought us ,where are we heading ,and what our destination is. 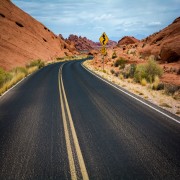 How to embrace Islam?