While describing the Prophet ﷺ, ʿ

“He had the most giving of hearts.”

“because of its righteousness and the immense good that it contained. His heart was bursting with every fine, beautiful moral and quality and goodness would pour out of it. Some of the People of Knowledge said, ‘There is no place in the entire world that contained more good than the heart of Allāh’s Messenger ﷺ: all good was gathered together and put in it.’”

“He ﷺ was not stingy and would never withhold anything of this world or any knowledge concerning his Lord. His generosity did not require great effort on his part, neither was it hard for him, resulting as it did from the purity of his soul and gentleness of spirit.

Bukhārī #3554 records on the authority of Ibn ʿAbbās that

‘the Messenger of Allāh ﷺ was the most generous of people, and he was never so generous as he was in the month of Ramaḍān when he met with Jibrīl. Jibrīl would meet him every night of Ramaḍān and revise the Qurʾān with him. He was more generous than a brisk breeze.’

It is also said that the phrase means that he had the largest heart, i.e. his heart never held back or grieved him. This is supported by the report of ibn Saʿd with the words,

‘He was the most giving of people with the largest heart.’

It is also said that it means that he had the best of hearts, i.e. he was free of all lowly traits and how could this be otherwise when Jibrīl cut open his heart, took out of a morsel of flesh, placed it in a golden tray, and washed it with Zamzam water.” 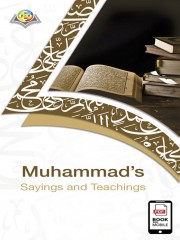 Muhammad’s (peace be upon him) Sayings and Teachings 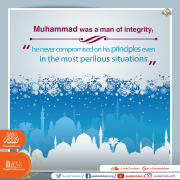 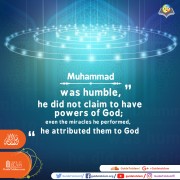