1."Islam" means "surrender" or "submission". "Salam" (which means "peace") is the root word of "Islam". In the religious context, the word "Islam" means "the surrendering of one's will (without compulsion) to the will of God in an effort to achieve peace".

2. "Muslim" means "anyone that surrenders himself/herself to the will of God."

3. Islam is not a new religion or cult. It is a universal way of life and civilization. Studies show that between 1.5 and 1.8 billion people in the world identify their religion as Islam. Along with Judaism and Christianity it traces its roots through Prophet Abraham and back to the first humans Adam and Eve.

4.There are five pillars of practice in Islam. These practices must be undertaken with the best of effort in order to be considered a perfect Muslim: A) Declaration of faith in One God and that Muhammad is a prophet of God. B) Formal prayer five times a day. C) Poor-due "tax" - 2.5% of one's excess wealth given to the needy once a year. D) Pilgrimage to Mecca at least once, if physically and financially able. E) Fasting during the daylight hours in the month of Ramadan.

5. There are six articles of faith in Islam. These are the basic beliefs that one must have in order to be considered a true Muslim. They are belief in: A) The One God. B) All of the prophets of God. C) The original scriptures revealed to Abraham, Moses, David, Jesus and Muhammad. D) The angels. E)The Day of Judgment and the Hereafter. F) Destiny.

6. Islam is a complete way of life that governs all facets of life: moral, spiritual, physical, intellectual, social, economical, etc.

7. Islam is one of the fastest growing religions in the world. To become Muslim, a person of any race or culture must say a simple statement, the shahadah, that bears witness to the belief in the One God and that Muhammad is a prophet of God.

8. "Allah" is an Arabic word that means "God". Muslims also believe that "Allah" is the personal name of God.

9. Allah is not the God of Muslims only. He is the God of all people and all creation. Just because people refer to God using different terms does not mean there are different gods. Many Hispanics refer to God as "Dios" and many French refer to God as "Dieu" yet they mean the same God. Many Arab Jews and Arab Christians call God "Allah" and the word "Allah" (in Arabic script) appears on the walls of many Arab churches and on the pages of Arabic Bibles. Although the understanding of God may differ between the various faith groups, it does not change the fact that the One Lord and Creator of the Universe is the God of all people.

10. The Islamic concept of God is that He is merciful and compassionate. Islam also teaches that He is just and swift in punishment. However, Allah once said to Muhammad, "My mercy prevails over my wrath". So Islam teaches a balance between fear and hope, protecting one from both complacency and despair.

11. Muslims believe that God has revealed 99 of His names, or attributes, in the Qur'an. It is through these names that one can come to know the Creator. A few of these names are the All-Merciful, the All-Knower, the Protector, the Provider, the Near, the First, the Last, the Hidden and the Source of All Peace.

12. The Christian concept of "vicarious atonement" (the idea that Jesus died for the sins of humanity) is alien to the Islamic concept of personal responsibility. Islam teaches that on the Day of Judgment every person will be resurrected and will be accountable to God for their every word and deed. Consequently, a practicing Muslim is always striving to be righteous while hoping and praying for God's acceptance and grace .

13. Muslims believe in all of the prophets that preceded Muhammad, from Adam to Jesus. Muslims believe they brought the same message of voluntarily surrendering to God's will (Islam, in a generic sense) to different peoples at different times. Muslims also believe they were "Muslims" (again, in a generic sense) since they followed God's true guidance and surrendered their will to Him.

14. Muslims neither worship Muhammad nor pray through him. Muslims solely worship the Unseen and Omniscient Creator, Allah.

16. The Qur'an was not authored by Muhammad. It was authored by God, revealed to Muhammad (through angel Gabriel) and written into physical form by his companions.

17. The original Arabic text of the Qur'an contains no flaws or contradictions, and has not been altered since its revelation.

18. Actual 7th century Qurans, complete and intact, are on display in museums in Turkey and other places around the world.

19. If all Qur'ans in the world today were destroyed, the original Arabic would still remain. This is because millions of Muslims, called "hafiz" or "memorizer", have memorized the text verbally from beginning to end, every word and every syllable. Also, chapters from the Qur'an are precisely recited from memory in each of the five formal prayers performed daily by hundreds of millions of Muslims throughout the world.

20. Some attribute the early and rapid spread of Islam to forced conversions by the sword. While it is accurate that the Muslim empire initially spread, for the most part, through battles and conquests (a common phenomenon for that time) the religion of Islam itself was never forced on anyone who found themselves living under Muslim rule. In fact, non-Muslims were afforded the right to worship as they pleased as long as a tax, called "jizyah", was paid. During the Dark Ages, Jews, Christians and others were given protection by the Muslims from religious persecutions happening in Europe. Islam teaches no compulsion in religion (Qur'an 2:256 and 10:99). For more, read "The Spread of Islam in the World" by Thomas Arnold.

21. Terrorism, unjustified violence and the killing of non-combatant civilians (or even intimidating, threatening or injuring them) are all absolutely forbidden in Islam. Islam is a way of life that is meant to bring peace to a society whether its people are Muslim or not. The extreme actions of those who claim to be Muslim may be a result of their ignorance, frustration, uncontrolled anger or political (not religious) ambitions. Anyone who condones or commits an act of terrorism in the name of Islam is simply not following Islam and is, in fact, violating its very tenets. These people are individuals with their own personal views and agendas. The most prominent examples of such "religious" fanatics are Anders Behring Breivik, the 2011 Norwegian terrorist who claimed in his manifesto to be "100 percent Christian" and Baruch Goldstein, perpetrator of the 1994 Hebron massacre who is considered by some Jews to be a "hero" and a "saint". Extremism and fanaticism are problems not exclusive to Muslims. Anyone who thinks that all Muslims are terrorists should remember that the former boxer Muhammad Ali, perhaps the most celebrated person of our era, is a practicing Muslim.

22. The word "jihad" does not mean "holy war". It actually means "to struggle" or "to strive". In a religious context, it means the struggle to successfully surrender one's will to the will of God but there are many other forms of jihad which are much more relevant to the everyday life of a Muslim such as the struggles against laziness, arrogance, stinginess, one's own ego, or the struggle against a tyrant ruler or against the temptations of Satan, etc. Regarding the so-called verses of "holy war" in the Qur'an, two points: A) The term "holy war" neither appears in the Arabic text of the Qur'an nor in any classical teachings of Islam. B) The vast majority of verses in the Qur'an pertaining to violence refer to wartime situations in which Muslims were permitted to defend themselves against violent aggression. Any rational, intellectual analysis of the context and historical circumstances surrounding such verses, often ignored by pundits or violent extremists. Other verses of violence deal with stopping oppression, capital punishment and the like.

23. Women are not oppressed in Islam. Any Muslim man that oppresses a woman is not following Islam. Among the many teachings of Muhammad that protected the rights and dignity of women is his saying, "...the best among you are those who treat their wives well."

24. Islam grants women many rights in the home and in society. Among them is the right to earn money, financial support, own property, educate, inherit, being treated kindly, vote, a bridal gift, keep their maiden name, worship in a mosque, a divorce, and so on.

25. Muslim women wear the head-covering (hijab) in fulfillment of God's decree to dress modestly. This type of modest dress has been worn by religious women throughout time such as traditional Catholic nuns, Mother Teresa and the Virgin Mary.

26. Forced marriages, honor killings, female genital mutilation and the confinement of women to their homes are all forbidden in Islam. These practices stem from deeply entrenched cultural traditions and/or ignorance about the true Islamic teachings or how to apply them in society. The arranged marriages are allowed in Islam but are not required. In fact, one of the conditions for a valid Islamic marriage contract is the mutual consent of both parties to the marriage. Divorce is permissible provided the Islamic guidelines are followed which protect the rights of all affected parties, especially women and unborn children.

27. Islam and the Nation "of Islam" are two different religions. Islam is a religion for all races and enjoins the worship of the One Unseen God who never took human form. On the other hand "the Nation" is a movement geared towards nonwhites that teaches God appeared as a man named Fard Muhammad and that Elijah Muhammad was a prophet. Islamically, these are blasphemous beliefs that contradict the basic theology defined throughout the Qur'an and other authentic texts. The followers of "the Nation" adhere to some Islamic principles that are mixed with other practices and beliefs completely alien to authentic Islamic teachings. To better understand the differences read about Malcolm X, his pilgrimage to Mecca and his subsequent comments to the media. Islam teaches equality amongst the races (Qur'an 49:13).

28. All Muslims are not Arab, Middle-Eastern or of African descent. Islam is a universal religion and way of life that includes followers from all races. There are Muslims in and from virtually every country in the world. Arabs only constitute about 20% of Muslims worldwide. The country today with the largest Muslim population is not located in the Middle East. It is Indonesia with over 200 million Muslims. India ranks second with 175 million.

29. In the five daily prayers, Muslims face the Kaaba in Mecca, Saudi Arabia. It is a cube-shaped stone structure that was built by Prophet Abraham and his son Ishmael. Muslims do not worship the Kaaba. It serves as a focal point for Muslims around the world, unifying them in worship and symbolizing their common belief, spiritual focus and direction. Interestingly the inside of the Kaaba is empty.

30. The hajj is an annual pilgrimage to the Kaaba performed by about 3 million Muslims from all corners of the Earth. It is performed to fulfill one of the pillars of Islam. The rituals of hajj commemorate the struggles of Abraham, his wife Hagar and their son Ishmael in surrendering their wills to God. 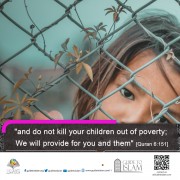 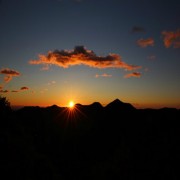 Why Allah's Messengers Are Perfect 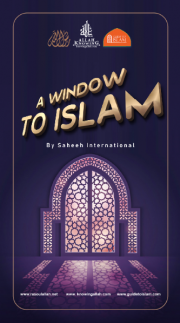 A Window to Islam