Who is Muhammad, peace be upon him?

He is a human, not a demigod, nor a son of God. He himself said he was human:

and as God ordered him to, he informed people of this:

“Say: ‘I am but a human being like yourselves. It has been revealed to me that your God is the One and only God. Hence, whoever expects to meet his Lord [on Judgement Day], let him do what is right, and in the worship due to his Lord admit no one as partner.’

But he is the most influential human being in the history of humanity. We have received a full documentation of his life. No documentation of any other person’s life in history approaches his in accuracy and comprehensiveness.

If anyone wants to attack 1.7 billion human beings he attacks him first, and if a Muslim wants to call people to Islam he begins by telling his life story.

He is a man who was born in the 6th century AD but his influence still exists today in every corner of the world.

He is a man who fought battles in which he received head injuries, and his front teeth were broken, yet he was a model of modesty.

He is the one who was victorious in most of the wars he fought against his enemies and at the same time the one whose most bitter enemies came to believe in his message.

He was the one who, with his followers, was subjected to savage oppression and torture, and when he was victorious and gained absolute power over his enemies, pardoned most of them.

He was the one brought up in an ignorant society where stones and trees were worshipped, which indulged in every vice, ….  But he never tasted alcohol, gambled or fornicated. When the words “the honest and trustworthy” referred to a particular person those who heard them knew that they referred to Muhammad, peace be upon him.

He was made justice a reality in human society, stating that no Arab had any privilege over a non-Arab, or no white person could claim a privilege over a black one, except through being God-fearing and their good deeds. He was bent his knee for his wife to step on in order to ride her camel; and this at a time when women were treated like slaves.

He was the one who decreed compassion even to animals, and forbade the cutting of trees even in war, so it’s no surprise that he was described as a mercy to all the worlds.

He is the seal of the prophets and messengers

Have you surfed the Internet one day and found attacks and outrage? Have you seen derogatory cartoons? Have you seen slander and suspicion, accusations without any basis?

These hired mercenaries still live among us. You see them on TV Channels, websites, and social media platforms.

You can either give your mind a permanent vacation and let these people shape your consciousness in any way they please or you can take a decision to listen to Muhammad so you can learn the truth about him for yourself… It’s a decision only you can take. 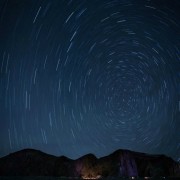 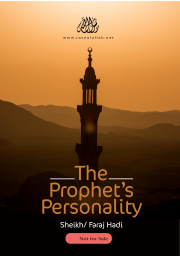 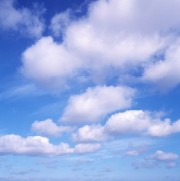