It has been said that true bankruptcy is a full belly and an empty soul. Religion must be a matter of conscious choice, not a matter of accidental birth.

One’s spiritual journey is as important, if not more, as one’s journey in this life in terms of one’s career or other criteria and so deserves an equal effort.

Islam is both a religion and a civilization, a historical reality that spans over fourteen centuries of human history and a geographical presence in vast areas stretching over the Asian and African continents and even parts of Europe. Islam spans nearly every continent and plays a key role in the modern political world. Twenty percent of people on Earth consider themselves Muslim. It is also a spiritual reality that has transformed the inner and outer life of numerous human beings in very different temporal and spatial circumstances. Today over 1.6 billion people from different racial and cultural backgrounds are Muslim, and historically Islam has played a significant role in the development of certain aspects of other civilizations, especially Western civilization.

The single biggest source of conflict is bad information. Wrong information about someone or their culture, beliefs and ways which leads us to make assumptions about them that develops into stereotypes. The difficult part is that for most people it is not easy to get good information. The media in its single minded pursuit of profit irrespective of means or methods uses Islam in particular as a means of attracting attention by sensationalizing everything. The result is that the average viewer or reader is at best left bewildered and at worst, forms negative opinions based purely on propaganda masquerading as fact.

Our purpose is to give you accurate information about Islam to the best of our ability without trying to color your judgment. The conclusions you come to and the decisions you take after reading this, are entirely up to you. We only hope that whatever you decide will be based on good information and not on propaganda.

Take the time and trouble to distinguish between what Islam ordains and what Muslims in different parts of the world do as a result of their own local cultures and superstitions, whims and fancies, customs and practice. I wish I could say that all Muslims practice Islam in the pure form that the Prophet Muhammad ﷺ brought. Unfortunately they don’t and the results are sadly visible. That is the reason it is essential to distinguish and differentiate between what is Islam and what is local tradition, culture or superstition.

Make the best effort in your quest for knowledge and we pray that you are guided to the truth because in the end it is essential that we know what the truth is and that we believe it and prepare for it. The nature of reality does not depend on belief for its existence and as such, one day it has to be faced whether we chose to believe in it or not. 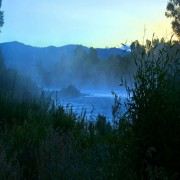 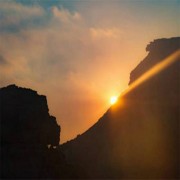 The Worthlessness Of The World 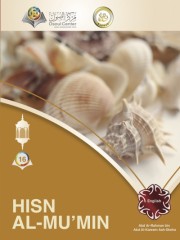