The Mushrikin, with vague and vain arguments designed to overthrow the truth and a stubborn refusal to see it, claimed:

Nothing did Allah send down to any human being

Although close to them in the Arabian Peninsula lived People of Scripture, the Jews, whom they acknowledged to be followers of a Divine Book, the Torah.

Such a claim – in the past or present – could only be made by people who do not esteem Allah as is due to Him, nor understand the Generosity of Allah, His Kindness, Mercy, and Justice.

Allah, the Most Kind, Ever-Merciful, and All-Wise, would not leave humanity alone when He created it. He knows its inward and outward realities, strengths and weaknesses, abilities and inabilities, and its need to resort to a just balance with which to weigh different beliefs, ideals, systems, and laws to see whether they prove right or wrong, true or false.

Allah Almighty knows that the mind He has given the humans will be subject to internal pressures from wants, cravings, and desires. To the humans are entrusted the powers of the earth, over which they are granted authority to make use of, having been subjected to them by Allah. Yet, humans have not been entrusted with the ability to form independent beliefs about existence or lay the basic laws of life.

This belongs in the domain of ‘Aqidah (creed) sent down by Allah to provide the correct beliefs that must be held and applied about life and existence.

Therefore, Allah does not entrust the humans to their minds alone, or to the Fitrah (innate pure nature) He has placed in them through which they naturally know their Lord, love Him, yearn for Him, and ask His Help in times of calamity. This Fitrah may become distorted because of internal and external pressures, and under forces of temptation and desire.

Rather, Allah entrusts the humans to His Revelations, His Messengers, His Guidance, and His Books, to restore to their inborn nature its purity and uprightness, to their minds its righteousness and soundness, and to remove the coverings from within and outside their souls which mislead them from the straight path.

This is what befits the Generosity of Allah, His Kindness, Mercy, Justice, Wisdom, and Knowledge. He Almighty would not create the humans and leave them neglected, and then bring them on the Day of Judgment to account for their deeds without having sent among them a Messenger.

Since they were ignoring the fact that both the Message of Musa (Moses (pbuh)) and its followers were acknowledged among the Arabs in the Peninsula, Allah Almighty commanded His Messenger (pbuh) to confront the Mushrikin who denied any message or revelation with the following truth:

Say (O Muhammad), “Who then sent down the Book which Musa (Moses) brought, a light and guidance to mankind

Confront them with this truth and leave the answer 1:

(Say, “Allah (sent it down).” Then leave them to play in their vain discussions.)5

“In the name of God, the most merciful and the most gracious" 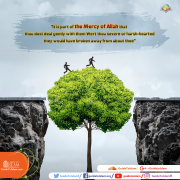 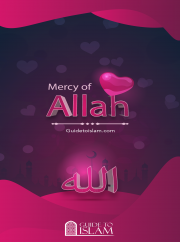 The mercy of Allah