‘He was of a certainty a most unique and special man who demonstrated within his own life the virtues of humility, compassion, obedience, and a thirst for justice, and a call for all men to worship the one and only God of all creation…The message of Muhammad was, and remains to this day, a message of peace, mercy, and compassion.’

Chronology of the Life of the Prophet

Muslims believe that God send prophets to every civilization and people. Some are mentioned in the Quran by name, others are not. As mentioned in Part 1, under the “Six Articles of Faith,” the prophets brought the same message: worship God alone and follow the prophet He send. Muslims believe that the Prophet Muhammad was God’s final prophet send to all mankind. He was a descendant of Prophet Ishmael, the son of Prophet Abraham. He never claimed to be God or have the powers of God. He did not ask for any special reverence or recognition for himself. His message is completely preserved and will be discussed in Part 4. They also believe that his coming was foretold in the Bible in numerous verses, for example:

“I (God) will raise them up a Prophet from among their brethren, like unto thee (Moses), and will put my words in his mouth; and he shall speak unto them all that I shall command him.”1

“And I will pray the Father, and he shall give you another Comforter, that he may abide with you forever.”2

Muhammad, whose name in Arabic means ‘the praised one,’ was born in the town and commercial center of Mecca which is situated in Saudi Arabia today. He was the son of a young couple from the tribe of Quraish. His father, Abdullah, died two months before his birth, and his mother, Aamina, died when he was six years old. Both his parents came from a humble, but eminent background. His grandfather, Abdul-Muttalib, was the virtual head of the Meccan commonwealth and the custodian of the Ka’ba, the cube-shaped building in Mecca built by Prophet Abraham for the worship of God. Upon the death of his grandfather, Muhammad was adopted by his uncle, Abu Talib who was a generous and gentle man, but was not rich. The young Muhammad had to earn his own livelihood. He first served as a shepherd, then as an assistant to his uncle’s trading caravans, travelling to northern Arabia and Syria. It was on these ‘business trips’ that he learned trading skills. These skills were later noticed by Khajida, a wealthy widow business-woman. She hired Muhammad to run her commercial enterprise. They were married when she was forty and Muhammad was twenty-five. The marriage produced six children, two boys who died as infants, and four girls. He remained married to his wife for a period of twenty-five years until her death, despite the fact that taking multiple wives was culturally accepted.

For several years he practiced meditation and contemplation at a cave in Mt. Hira, on the outskirts of Mecca. It was here, at the age of forty, that he heard the voice‘Proclaim in the Name of your Lord and Sustainer, Who has created –  Created humanity out of a mere clot.

Proclaim – for your Lord Is the Most Gracious One Who has taught (the use of) the Pen, Taught humanity what they did not know!’

Thus began the revelation from God, through the angel Gabriel, to Muhammad, the Prophet of God.

The leaders of Mecca were displeased with the new message which rejected their idol-worship. Most of the early believers were from the lowest class of society who were attracted to the message of human equality and justice. The powerful Meccans tortured them. After years of abuse, the Prophet Muhammad send some Muslims to a just and fair Christian king in Africa.

The year 620, when he was fifty, was marked by sorrow and sadness as both his wife and uncle, Abu Talib, passed away in the same year. Without the protection of his uncle, the Prophet Muhammad turned to other cities for support and shelter. Finally, the people of Madina invited the Muslims to their city and treated them as family. 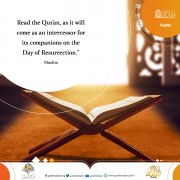 Importance of reading the Qur’an 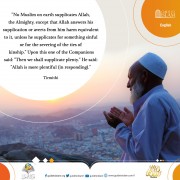