Meaning of the Word ‘Islam’

The Arabic word ‘Islam’ means ‘peaceful worship and submission to the One God.’ A person who believes in and practices Islam is known as a ‘Muslim.’ Islam brings a person into a relationship with God based on love, fear, submission, and hope.

The Six Articles of Faith

Muslims share a common set of basic beliefs known as “Articles of Faith”:

1. Belief in One God

The most important teaching of Islam is that only God is to be served and worshipped. Also, the biggest sin in Islam is to direct worship to other objects or beings, either in association with God or towards them entirely. In fact, it is the only sin that God will not forgive if a person dies without repenting from it.

God has created beings from light called angels. What do angels do? Basically, they bring messages, more broadly, they carry out God's commands in nature and the universe. Muslims also believe that angels watch over mankind and that every human has them as constant companions. They keep a record of everyone’s good and bad deeds. Not a word is uttered without it being registered by them.

Muslims believe that God revealed His wisdom and instructions through ‘books’ to some of the prophets. God revealed the Psalms to David, the Torah to Moses, and the Gospel to Jesus. Over time, however, the original teachings of these books got changed or lost. Muslims believe that the “Quran” (also spelled ‘Koran’) is God’s final revelation that was revealed to the Prophet Muhammad. The Quran has been fully preserved in its original language, Arabic.

4. Belief in Prophets of God

Muslims believe that God communicates with us through human prophets that were sent to all races and peoples at different times. The line of prophets started with Adam and includes Noah, Abraham, Moses, and Jesus. The series of prophets ended with Muhammad, peace be upon them all. Every prophet brought the same truth from the same source; therefore we honor and believe in all of them. Their main message was always that there is only One true God and that He alone deserves to be prayed to and worshipped. Islam teaches that Jesus was a prophet of God like prophets before him, he was not the son of God as Muslims believe that God has no children.

5. Belief in Day of Judgment

Life does not end with death. Islam teaches that this world and the human race will come to an end at an appointed day. At that time, God will bring every person back to life from the dead. He will examine each person’s life and will judge every soul according to two criteria: faith and deeds. It is the balance between the good and bad we have done that will determine our final place. God will show mercy and fairness in judgment. According to Islamic teachings, those who submitted themselves in worship to God and performed good deeds will be rewarded with Paradise. Those who rejected faith in God and cared less for good will be punished in Hell.

Muslims believe that nothing in our life happens by pure chance. Everything happens with the full knowledge and permission of God since He is the Sustainer of all life. This belief does not contradict the idea of free will. God does not force us, though, as our choices are known to Him beforehand because His knowledge of future is complete. Thus, He knows what we will do. This recognition helps a Muslim through difficulties and hardships.

The Five “Pillars” of Islam

A pillar is a support, something that holds up a structure. Islam is like a house built on a rock of submission and supported by these five ‘pillars’ or fundamental practices. The implication is that everything else depends upon them. They are: declaration of faith, prayer, fasting, charity, and pilgrimage.

1. The First Pillar: Declaration of Faith

Entrance into Islam begins with reciting a simple statement:

“None deserves worship except God (Allah), and Muhammad is His Messenger (Prophet) of God”)

A person from any race, country, or ethnicity can accept Islam and become a Muslim. The doors of God’s acceptance and forgiveness are open to every human being. When you accept God, you take God as the greatest influence in your life. Following God’s will and doing what pleases God becomes more important than anything else, including the demands of the body and ego. When you acknowledge Muhammad as God’s messenger, you pledge to follow his teachings because they come from God.

Prayers are central to Muslim life, providing spiritual strength and peace of mind. It is a direct link connecting a Muslim with God, performed five times a day. A mosque is where Muslims gather for prayers, even though they can be offered at any place. Friday is the most important day when Muslim men are required to attend the mosque in the after-noon to listen to a short sermon and attend a group prayer.

Zakat is a charity required of every Muslim who has sufficient means to pay it. The annual charity is seen as purification of one’s wealth. It reminds us that all things come from God and all things belong to God. We are only the custodians of whatever has come to us. In Islam, it is the duty of the rich to help the poor.

4. The Forth Pillar: Fast the Month of Ramadan

Muslims who are able to do so are commanded to fast one month every year from dawn to sunset. This period of intense spiritual devotion is known as the fast of Ramadan in which no food, drink, sex, arguing, or fighting is allowed. Ramadan is a month to practice self-control and focus on prayers and devotion. During the fast, Muslims learn to sympathize with those who have little to eat.

5. The Fifth Pillar: Pilgrimage to Mecca

All Muslims are required to make pilgrimage to Mecca (located in Saudi Arabia) if they can afford to do so. The Ka’ba, a black cube at the heart of Mecca, is the most sacred place in Islam and was built by Prophet Abraham and his son, Ishmael. Muslims throughout the world perform all their prayers facing the Ka’ba. The Hajj is the most intense spiritual experience for a Muslim. Two to three million Muslims from around the globe perform the pilgrimage yearly.

Belief in the revealed books 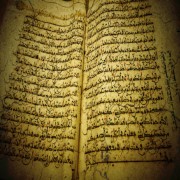 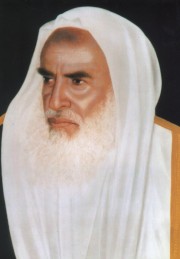 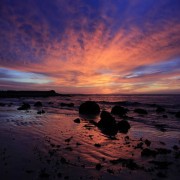 The Six Pillars of Faith