There is simply no compelling reason to assume that whatever your parents and ancestors believed was the truth, and it also does not make any reasonable sense just to ‘believe’ and take a leap of faith without any sort of reasonable justification.

And “what sort of reasoning would lead one to conclude that the true religion should make you rich, or that by merely believing in a particular person or thing you will get eternal life? Of course, one of the favourite reasons for justifying a choice of religion is that someone started following this religion, it changed their life and they’re happy! This actually does make some sense, since there are some good reasons to believe that that is what the true religion should do, but the problem here is that lots of other people make the same claim about their different religious experiences. It seems that we have been created to be religious. It’s part of our nature. If we don’t follow one of the standard religions we’ll soon invent one! So some religion will always make us happier than none.

So again, just claiming your religion is true because it changed your life can’t be on its own a sound criterion, because then other religions must also be true because they too have changed peoples’ lives. In fact, even someone who has decided to believe that there is no Creator at all might make the same claim that he or she used to follow a religion and now they don’t, and they are more happy and free! As the saying goes, what’s good for the goose is good for the gander. If it’s true for one it must be true for the other also.

So these are all mere claims. Claims need to be proven.

So what tests could we apply? 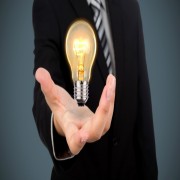